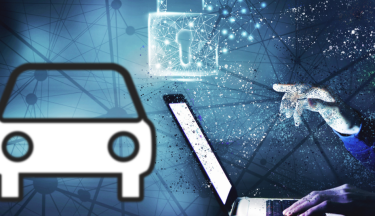 Gone are the days when we simply used vehicles for transportation. Yes, that’s still their primary purpose but these days, they’re also mini computers on wheels. From Bluetooth capabilities for connecting smartphones, to computerized systems like Lane Keep Assist and Auto Diagnostics, your vehicle is full of technology. This brings up the question: is your vehicle safe from cybercriminals and hackers?

The simple answer to this questions is yes, hackers can access some of your vehicle’s onboard computers and electronic systems. Is it likely to happen to you? Not so much. There are two main reasons for this: 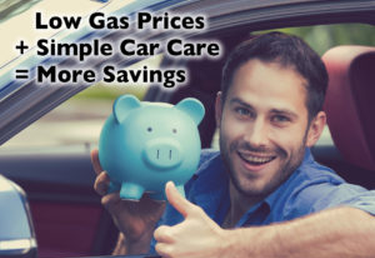 With gas prices remaining low, motorists should take advantage of their savings and invest it back into their vehicles. By spending a little now to increase fuel efficiency, drivers can multiply fuel savings and save more money at the pump, says the Car Care Council.

With the average cost of a gallon of gas remaining low at $2.166, according to the U.S. Energy Information Administration, the Car Care Council encourages motorists to be car care aware and perform simple steps to improve fuel efficiency and save money.

Motor Oil: Improve gas mileage by one to two percent by using the grade of motor oil recommended by the manufacturer.

Air Filters: Replacing clogged air filters on older vehicles can improve fuel economy and will improve performance and acceleration on all vehicles.

National Average at Cheapest Start to October Since 2016

At $2.18, the national gas price average is at the cheapest start to the month of October since 2016. That average is the same as a week ago, four cents cheaper than the start of this past September and nearly 50 cents cheaper than last year. The national average held on the week as demand was mostly stable at 8.5 million b/d despite gasoline stocks increasing by 700,000 bbl.

“Demand is likely to see some declines in the weeks ahead as drivers traditionally take fewer road trips in the fall,” said Jeanette Casselano McGee, AAA spokesperson. “That will mean gas prices are likely to push cheaper throughout the month.” 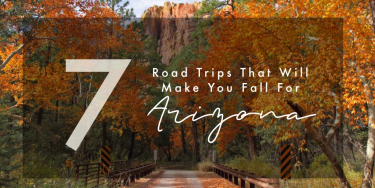 It’s officially fall in Arizona. For those seeking to make the most of autumn, Arizona offers a number of scenic hikes, drives and sites for taking in the beautiful colors of fall foliage.

Enjoy the best of what Arizona has to offer during the fall season by taking a trip to one of these uniquely Arizona locations:

Cave Creek Canyon
Found on the eastern side of the Chiricahua Mountains, Cave Creek Canyon has earned the nickname, “Yosemite of Arizona.” To catch the canyon’s multitude of maple, sycamore and oak trees in peak fall colors, hike along the easygoing South Fork Trail from late October to early November. (INFO)

Lockett Meadow
Lockett Meadow offers remarkable views of the Inner Basin and the San Francisco Peaks, especially when its aspen trees turn a golden hue. If visiting Lockett Meadow, take the Inner Basin Trail to view an ancient volcanic caldera and be sure to plan a trip before the campground closes in mid-October. (INFO)

The latest Energy Information Administration (EIA) report measures demand at 8.48 million b/d, which is a slight uptick from the previous week’s 8.39 million b/d. However, the small increase — likely due to holiday road trips — is still 461,000 b/d lower than last year at this time. Low demand, even as total domestic stocks of gasoline declined to 231.5 million bbl, has helped keep pump prices low.

Today’s national gas price average is $2.18, which is one cent less than last week, the same price as a month ago, but 48 cents cheaper than mid-September last year. On the week, all states saw gas prices decrease or remain stable at the pump. The majority of state averages have pushed cheaper by a penny or two since last Monday. With the nation entering the fall driving season, which typically sees fewer road trips, a continued drop in demand will likely lead to pump prices continuing to decrease.

Additionally, the National Hurricane Center is currently tracking Tropical Storm Beta, which is expected to produce severe flooding and heavy rain in coastal Texas and Louisiana later today. The expected damage to infrastructure will likely hinder ongoing recovery efforts in the region due to other recent storms and hurricanes, which have shuttered total U.S. crude refining capacity by 8.7%. The amount of shuttered oil production in the Gulf of Mexico now stands at 179,237 b/d (just under 10% of total offshore output), according to the federal Bureau of Safety and Environmental Enforcement. 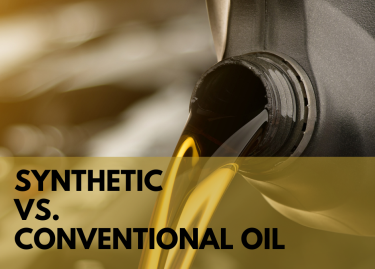 Getting an oil change used to be a simple car maintenance task. People didn’t have to decide which type of oil to put into their vehicle. Nowadays, however, you can choose between synthetic oil or conventional oil. But, what is the difference between the two and which is better for your vehicle and wallet?

If you are confused about which type to go with, it’s important to educate yourself on the ingredients and the benefits of each. It’s not always an easy decision to make but keep reading to be able to make an informed choice!

What Is Conventional Oil?
This is the oil that people have used in their cars for a long time. Conventional oil is distilled and then refined directly from crude oil. Since it’s a little easier on the wallet, this is the type that most people choose during an oil change.

What Is Synthetic Oil?
Many people don’t know this, but synthetic oil has been around since 1929. Today, it’s used in jets and high-performance vehicles in addition to passenger cars. Synthetic oil is not found in nature like its counterpart, conventional oil. It is artificially made by combining some of conventional oil’s best properties and results in a more refined oil with fewer impurities. It also tends to perform better in cold weather or weather extremes and contains additives that can actually clean your vehicle’s engine.

Benefits of Synthetic Oil
Visually, there is no difference between synthetic and conventional oil. However, how they are made is a clear distinction. Also, they function in your vehicle much differently. Synthetic oil is far better for performance and it protects the engine due to lower levels of friction. Additives help clean the engine of deposits and fewer impurities means it burns cleaner, thickens much more slowly, and has fewer deposits to start. Here are a few more reasons why you might choose synthetic over conventional: 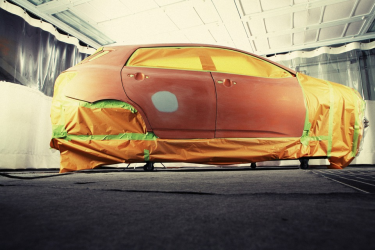 Never ever is a collision fun to get into. And never has it been any less stressful to find out where to take the damaged vehicle then. It is essential to get the vehicle repaired from a reputable auto body shop that knows exactly what to do with it.

Arizona gets to see accidents on a regular basis, which often result in major vehicle damage. For these to function properly again, you must land the right auto body repair shop.

In such a scenario, insurance companies might suggest you some auto body shops Tempe AZ. Nevertheless, selecting the best shop for repairing your vehicle is always up to you. Insurance companies usually recommend the shops they are associated with. The discount offers by these shops might lure you, but what you get is either used or generic parts, or after-market parts that cost you less.

Things to look for in a good repair shop

Here are the four major things that will help you identify the right auto body repair Tempe AZ shop for your vehicle’s repair:

Everything You Need To Know About Holiday Travel in 2020 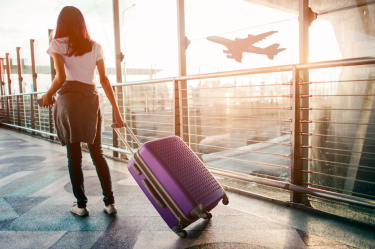 SEATTLE, Sept. 8, 2020 - Each year, millions of Americans take to the roads and skies during November and December, whether they're visiting friends and family, or in search of sand and sun. In a typical year, the time to start solidifying those holiday plans would be nearly upon us. However, 2020 is not a typical year. Between changing travel restrictions, health and safety considerations and shifting priorities, potential travelers have a lot to navigate this holiday season.

Nisreene Atassi, Sr. Director at Expedia: "So many people rely on travel during the holidays and winter months – for relaxation, recreation, or as a time to reconnect with loved ones. Like so many other things this year, the holidays may not look the same. But for those who want or need to get away, we don't want the uncertainty and planning process to be a source of stress. We've made several key updates to our site to ensure we are delivering flexible travel solutions and highlighting health and safety information. We want to give travelers the tools they need to be able to make plans they feel confident and excited about this holiday season."

When to book flights and accommodations

In past years, it wasn't unusual for those who booked holiday airfare more than 90 days out to pay more, not less than average. However, average ticket price trends this year indicate that getting an earlier start could potentially pay off.

Looking at average ticket prices for the fall and holiday timeframe, airfare prices dip down in September before beginning to climb in early October through the end of the year. However, average ticket prices overall are still lower than last year, particularly over Thanksgiving. That means early birds will likely see some really great fares compared to last year.

How Long Can You Safely Drive on a Spare Tire? | Good Work Auto Repair

Realizing you have a flat tire is always extremely frustrating. You have to get out of your car, change the flat, and figure out where to go from there. Getting your car to a repair shop as safely and quickly as possible is the best option.

If you’re lucky that day, the mechanic might be able to simply patch the flat tire and send you on your merry way. However, if your tire is damaged beyond repair, you’ll need to buy a new one. This can be costly, and many people wonder, “How long can I safely drive on my spare tire?” Well, the best answer to that question is, “It depends.”

Safe-Saver/Donut Spare
These types of tires were created to save space and weight in your vehicle, not built to last. Check your owner’s manual to find out what the recommended time and speed is for driving on a spare tire. A good rule to follow is to drive no more than 70 miles and no faster than 50 mph before you replace your donut with a new tire. With little to no tread, your spare tire is vulnerable to road hazards and you’ll want it replaced as soon as possible.