How Long Can You Safely Drive on a Spare Tire? | Good Work Auto Repair

Realizing you have a flat tire is always extremely frustrating. You have to get out of your car, change the flat, and figure out where to go from there. Getting your car to a repair shop as safely and quickly as possible is the best option.

If you’re lucky that day, the mechanic might be able to simply patch the flat tire and send you on your merry way. However, if your tire is damaged beyond repair, you’ll need to buy a new one. This can be costly, and many people wonder, “How long can I safely drive on my spare tire?” Well, the best answer to that question is, “It depends.”

Safe-Saver/Donut Spare
These types of tires were created to save space and weight in your vehicle, not built to last. Check your owner’s manual to find out what the recommended time and speed is for driving on a spare tire. A good rule to follow is to drive no more than 70 miles and no faster than 50 mph before you replace your donut with a new tire. With little to no tread, your spare tire is vulnerable to road hazards and you’ll want it replaced as soon as possible.

Car trips reign supreme accounting for 97% of the favored mode of transportation. Car trips will also see the smallest decrease in travel volume of just 3% year-over-year. Air travel will be off by about 74%, while rail, cruise ship and bus travel will slide by 86%. Were it not for the pandemic, AAA would be projecting 857 million trips during the third quarter, a 3.6% increase over last year. By this analysis, the pandemic wiped out nearly 150 million person-trips this summer.

AAA travel experts have begun to see positive trends in travel, noting that hotel and rental car bookings have been gradually increasing since April. Air travel has been slower to rebound. The share of travelers making plans 48 hours to 7 days before departure – a sign that people are arranging last-minute trips – is significantly higher than normal.

Why Is My Car Overheating & How Do I Fix It? | Good Works Auto Repair

Worrying about how to beat the heat in sunny Arizona should be your only concern this summer, not if your engine will overheat as well! When something goes wrong in your vehicle’s cooling system, all components of the engine are running at too high of a temperature. If this happens, parts of the engine can warp or melt, which could potentially result in costly repairs or a new engine all together.

Here is what is happening in your engine’s cooling system: the heat from your engine is absorbed by coolant, which the engine’s water pump pushes to the radiator. Here it is cooled and recirculated back into your vehicle’s engine. A little preventative maintenance can help ensure that the cooling system is working properly.

What to do if your car overheats

It's important that self-driving cars quickly detect other cars or pedestrians sharing the road. Researchers at Carnegie Mellon University have shown that they can significantly improve detection accuracy by helping the vehicle also recognize what it doesn't see.

Empty space, that is.

The very fact that objects in your sight may obscure your view of things that lie further ahead is blindingly obvious to people. But Peiyun Hu, a Ph.D. student in CMU's Robotics Institute, said that's not how self-driving cars typically reason about objects around them. 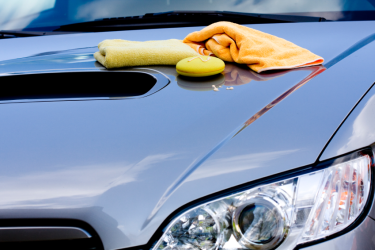 Keeping your vehicle clean inside and out can pay big dividends when it comes to maintaining its long-term value. The non-profit Car Care Council suggests some simple steps to keep your vehicle clean and protect it from the elements so it retains its resale and trade-in value.

Declutter – Start the cleaning process by removing excess clutter from inside the car as it can be distracting and hazardous, especially when debris finds its way near the gas and brake pedals. Don’t forget to clear out items that have accumulated in the trunk as they can add extra weight and reduce fuel efficiency.

Clean the Interior – The next step is to thoroughly clean the interior, wash the windows, and clean and install floor mats. Be sure to vacuum on a regular basis. A clean and orderly interior allows you to spot issues in the cabin so you can get them repaired before they get worse.

Wash the Exterior – Give the car a good wash from top to bottom using products specifically made for automobiles (not dish detergent). Always clean the tires and wheels before washing the body, and don’t use the same washing mitt or cloth for both.

Inside the Garage : It’s the Little Things that Matter | Desert Car Care

A little insight to a day or two in the Desert Car Care of Chandler garage.

New Vehicle Sales Expected to Drop in June, Closing a Second Down Quarter in 2020 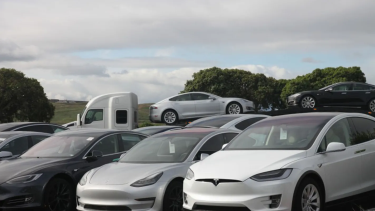 Analysts forecast a healthier-than-expected SAAR of 12.8 million in June as the country expands reopening and more consumers resume car purchases, but warn that new market factors could create trouble ahead

SANTA MONICA, Calif., June 25, 2020 -- The car shopping experts at Edmunds say that June will be another down month for auto sales as the industry continues to combat market challenges posed by the coronavirus (COVID-19) pandemic, forecasting that 1,080,656 new cars and trucks will be sold in the U.S. in June for an estimated seasonally adjusted annual rate (SAAR) of 12.8 million. This reflects a 28.7% decrease in sales from June 2019 and a 3.6% decrease from May 2020.

"It comes as no surprise that the second quarter was a disappointing one for the automotive industry, but the good news is that auto sales didn't come to a complete standstill either," said Jessica Caldwell, Edmunds' executive director of insights. "The fact that retail sales — not fleet — are what kept the market propped up speaks volumes to the resilience of the American consumer. And the way that dealers were quick to pivot to online sales also underscores the incredibly responsive and resourceful nature of the industry in the face of adversity."

The rate at which gas prices are increasing across the country is slowing. Thirty states only saw an increase of a penny or two, causing the national average to push more expensive by three cents to $2.13 since last Monday.

The slower rate can be tied to demand. Measuring at 7.87 million b/d, gasoline demand saw a small week-over-week decline and continues to be significantly lower (21%) compared to this week last year.

“Demand levels are likely to ebb and flow in the coming weeks as people continue to be cautious about travel,” said Jeanette Casselano, AAA spokesperson. As a result, pump prices will likely continue to increase, but at a slower rate through the end of the month.

Today’s national average is 19 cents more expensive than a month ago, but remains significantly cheaper – 53 cents – than a year ago.

According to EIA’s latest weekly report, total gas stocks in the region increased slightly from 30.1 million bbl to 30.2 million bbl last week. Increasing stocks, alongside increasing demand, may help to slow pump price increases this week in the region.

Bumper to Bumper helps a listener who has been noticing a knocking sound coming from their 2013 Nissan Altima.