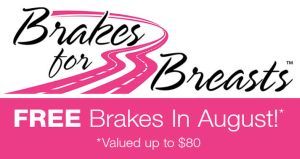 Virginia Auto Service, located in Phoenix, AZ, is proud to be partnering with Brakes for Breasts! During the month of October schedule a brake service and you will get your brake pads for free, plus Virginia Auto Service will donate 10% of that service to the Cleveland Clinic to help with research to develop a breast cancer vaccine!

Virginia Auto Service is one of six Arizona auto shops participating in the event. Schedule online at http://www.virginiaautoservice.com or call 602-266-0200. Find out more about Brakes for Breasts at http://brakesforbreasts.wordpress.com and help us put the brakes on breast cancer.

“Only about 5 percent of the companies Tri-City Transmission competes with in the Phoenix area are able to earn our Super Service Award,” said Angie’s List Founder Angie Hicks. “It’s a mark of consistently great customer service.”

YONKERS, NY—The amounts drivers pay for their car insurance premiums are based on confounding algorithms that increasingly have more to do with socioeconomic factors than driving habits, according to extensive research conducted by Consumer Reports.

The organization, w­hich believes that knowledge about the going rate of any product or service is a fundamental consumer right, has released the findings of a two-year, in-depth car insurance investigation. The report analyzed more than 2 billion price quotes for sample drivers that were obtained in August and November 2014 from more than 700 companies across all 33,419 general U.S. ZIP codes. The report includes Amica and USAA, which have been consistently top-rated for claims satisfaction by tens of thousands of Consumer Reports’ subscribers since the late 1990s, and the largest insurers operating in each state, which usually included Allstate, Geico, Progressive, and State Farm. For companies that had more than one subsidiary in a state, Consumer Reports used whichever company had the largest in-state market share.

When winter weather sets in, your car needs extra protection from the elements. Don't be caught unprepared on the road. Automotive expert Lauren Fix, The Car Coach visits Detroit with helpful car care tips and automotive products to keep your car well maintained, cleaned, and ready to take on winter roads.

ORLANDO, Fla., May 16, 2014 -- AAA Travel projects 36.1 million Americans will journey 50 miles or more from home during the Memorial Day holiday weekend, a 1.5 percent increase from the 35.5 million people who traveled last year.  Kicking off the summer driving season, more than eight in ten travelers will be driving to their destinations.  The Memorial Day holiday travel period is defined as Thursday, May 22 to Monday, May 26.

The Rise of Car Auction Sales. What's the Secret?

LOS ANGELES, April 29, 2014 -- The majority of people consider buying a used car a big issue. That's why researchers have performed a thorough background investigation of the car trade process. They concluded that there are several main domains of car selling through newspapers, printed advertisements (flyers, booklets, posters, billboards), internet and other market places.

You will soon realize that advertisements in newspapers are typically short and you should refresh them each week. Not only will you lose your time and money, you'll also lose viewers because they're not as sought-after as they used to be. Nowadays, the best way to have more buyers for your inventory is to market your business via Internet. It's been found that web-sales increase steadily day by day.

There are two major branches of online car marketing you can deal in: classifieds ads and auto auctions. Let's make a comparison between these methods: which of them is the best and presents the most effective way of selling cars.

Decide to Drive Website Lets You Anonymously Tell Friends, Family That They are Driving Distracted

ROSEMONT, Ill., April 21, 2014 -- A new resource is now at your fingertips when battling distracted driving.

The newly redesigned DecidetoDrive.org website allows you to anonymously send safe driving tips─the "Wreckless Checklist"─to the distracted drivers in your life giving them a "heads up" about their dangerous driving habits. You provide an email address and "Decide to Drive," the award-winning distracted driving prevention program sponsored by the American Academy of Orthopaedic Surgeons (AAOS) and the Alliance of Automobile Manufacturers (Auto Alliance) will send out safe driving tips to that person.

The colorful and engaging DecidetoDrive.org website allows visitors to more actively advocate for safe driving in their communities by:

As motorists prepare for big trips this Memorial Day, they will face the second highest number of travelers since 2000 and the highest since the recession. More than 32 million Americans will travel by automobile, a 1.2 percent increase over last year, according to AAA. One of the fastest ways to put the brakes on a great vacation is with an emergency. By planning ahead, travelers can minimize their risk.

While there are many ways to maintain tires, checking tire pressure is one of the most critical things motorists can do to improve safety. Improperly inflated tires lead to decreased steering and braking control, as well as excessive tire wear and increased fuel consumption.

85 Percent of Drivers Describe Other Drivers as Aggressive

SEATTLE, May 15, 2014 --  As Americans hit the road for the upcoming summer travel season, traffic will be heavy, tempers may be short and aggressive driving can become inevitable as a new U.S. driving survey from Safeco Insurance reveals.   While only 36 percent of respondents admitted to their own driving as aggressive, 85 percent describe others' driving as aggressive with 82 percent reporting they experience negative feelings because of how others drive.

While these statistics may not paint the nicest picture of U.S. driving behaviors, the good news is that 72 percent of those surveyed said they'd be willing to make at least one change to their own behavior to make driving a more pleasant experience for others on the road. To answer that call, Safeco is launching "Drive It Forward Fridays" (#DIFF) to encourage positive driving actions to counter negative driving behavior that can often jeopardize safety. 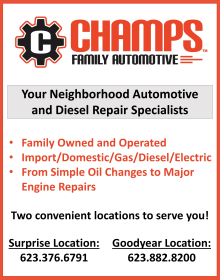