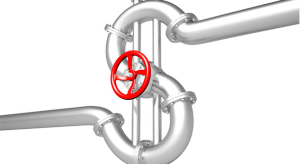 (WASHINGTON, March 14, 2016) Gas prices have jumped by 12 cents per gallon this week, which is the largest weekly increase since early March 2015. Prices increased by double digits due to a decline in gasoline supplies, relatively strong demand and continued refinery maintenance. The national average has moved higher for 18 of the past 20 days for a total of 23 cents per gallon, and today’s price of $1.94 per gallon is the highest average in two months. Relatively low oil costs continue to provide drivers with year-over-year savings at the pump, and consumers are saving 50 cents per gallon compared to this same date last year.

Prices typically move higher at this time of year as gasoline demand begins to increase and refineries conduct seasonal maintenance. This year’s refinery maintenance season is characterized by lower-than-expected prices for crude oil and ample supplies, which should help keep pump prices relatively low compared to recent years. Prices in some regions may move significantly higher in the near term due to fluctuations in local supply and demand associated with continued maintenance and preparations for summer-blend gasoline in advance of the June 1 deadline for retail facilities to sell the cleaner blend.

California ($2.59) regained its spot as the nation’s most expensive market for retail gasoline, and drivers in the state are paying a nickel more per gallon than second-place Hawaii ($2.54). Prices in the state reportedly moved higher due to a significant drawdown in supply, coupled with increased gasoline demand, which is typical for this time of year. Regional neighbors Nevada ($2.20), Washington ($2.18) and Alaska ($2.18) join in the rankings as the top five most expensive markets for gas. New Jersey ($1.69) and South Carolina ($1.70) are the nation’s least expensive markets for retail gasoline, and a total of six states are posting prices at or below $1.75, which is14 states less than a week ago.

Drivers nationwide are paying more to refuel their vehicles than one week ago and prices in 47 states and Washington, D.C. are up by a nickel or more per gallon. Averages are up by double digits in 29 states and Washington, D.C. over this period, with the largest weekly increases in Illinois (+18 cents), Missouri (+18 cents), Virginia (+17 cents) and Kentucky (+17 cents).

Retail averages in the vast majority of states (47) are up on the month, and consumers in 35 states have seen prices increase by a dime or more. The biggest jumps in price are seen in the Midwestern states of Minnesota (+54 cents), Illinois (+50 cents), Oklahoma (+48 cents) and Kansas (+47 cents), and averages in a total of 16 states are up by more than a quarter per gallon month-over-month. Alaska (-13 cents), Hawaii (-8 cents) and Idaho (-2 cents) are the only three states where drivers are experiencing savings at the pump versus one month ago.

Yearly discounts persist and motorists nationwide are saving more than a quarter per gallon for gasoline. Gas prices are down by 50 cents or more in 22 states and Washington, D.C., with the largest year-over-year savings seen in California (-79 cents), Oregon (-79 cents), Alaska (-74 cents) and Arizona (-73 cents). Retail averages on the West Coast moved noticeably higher this time last year due to a major refinery outage, which has led to a significant increase in year-over-year savings for the region.

Projected reductions in global oil supply and Iran’s slower-than-expected return to the global oil market reportedly contributed to both Brent and West Texas Intermediate closing out the week at 2016 highs. However, oil prices opened this week’s trading session lower on the news that Iran plans to increase oil production significantly. Conversations about when and if the market has reached its bottom persist, and market fundamentals continue to point to supply outpacing demand, which could cause prices to once again turn lower.

The latest data shows that the U.S. oil rig count fell to 386 rigs last week, marking 12 straight weeks of rig-count declines. According to the U.S. EIA, domestic production declined from year-ago levels for the first time in more than four years, largely due to lower-than-expected crude oil prices. Despite this reduction in production, the agency lowered its projections for crude oil prices because domestic production remains more resilient than expected.

At the close of Friday’s formal trading session on the NYMEX, WTI was up 66 cents and settled at $38.40 per barrel, which marked the fourth straight week of oil price increases.

Tweet
Published in Latest News From Bumper to Bumper Radio
More in this category: « ABI Research Predicts Autonomous Parking Technology Revenues to Grow by 29.5% CAGR within Next Decade U.S. DOT to Host Public Meetings on Safe Operation of Automated Vehicles »
back to top