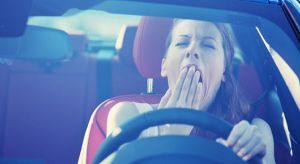 According to new research from the AAA Foundation for Traffic Safety, more than one-in-five (21 percent) fatal crashes involve driver fatigue. These results help confirm what safety experts have long suspected:  the prevalence of drowsy driving is much greater than official statistics from the National Highway Traffic Safety Administration (NHTSA) currently indicate.  As daylight saving time ends and evening commutes darken, AAA urges drivers to recognize warning signs of driver fatigue and take action to avoid tragedy during this holiday season.

“This new research further confirms that drowsy driving is a serious traffic safety problem,” warned Peter Kissinger, President and CEO of the AAA Foundation for Traffic Safety. “Unfortunately, drivers often underestimate this risk and overestimate their ability to combat drowsiness behind the wheel.”

The report also found that drowsy driving crashes, a mainstay in recent headlines, are not without consequence.  One third of crashes involving a drowsy driver result in injuries and more than 6,000 fatigue-related crashes each year result in at least one fatality.

Previous research from the AAA Foundation revealed that young adult drivers, ages 19-24, are the most likely to admit to driving while drowsy, with 33 percent reporting doing so in the last month.  In contrast, the oldest drivers (ages 75+) and the youngest (ages 16-18) were the least likely to report the same offense.

“Despite the fact that 95 percent of Americans deem it ‘unacceptable’ to drive when they are so tired that they have a hard time keeping their eyes open, more than 28 percent admit to doing so in the last month,” continued Kissinger. “Like other impairments, driving while drowsy is not without risk.”

When faced with fatigue, AAA urges drivers to find a safe place to pull over if experiencing any of the drowsy driving symptoms. To remain alert and be safer behind the wheel, AAA suggests:

The AAA Foundation for Traffic Safety’s Prevalence of Motor Vehicle Crashes Involving Drowsy Drivers report is based on the analysis of a representative sample of 14,268 crashes that occurred in years 2009 – 2013 in which at least one vehicle was towed from the scene.