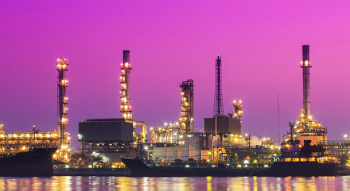 Pump prices on the West Coast increased as much as 20 cents this past week, driving the national average up nearly 10 cents to $2.83 on the week. As stocks tighten out West due to unplanned and planned maintenance, California’s average jumped to $4.00, the most expensive state average this week and a price point not seen in the Golden State since July 2014.

The Energy Information Administration’s (EIA) recent weekly report, for the week ending on April 5, showed that West Coast gasoline stocks fell for a fourth consecutive week by nearly 2 million bbl from the previous week and now sit at 29.04 million bbl. Ongoing planned and unplanned refinery maintenance throughout the region continues to shrink stocks. Total levels are approximately 2.4 million bbl lower than this time last year and could fall further this week depending on refinery maintenance turnaround.

Looking at the latest EIA report on refinery utilization and gasoline stocks, it’s likely that motorists in the region will continue to see gas prices increase. Regional stocks drew 235,000 bbl as regional refinery utilization dropped 90.5 percent to 83.6 percent. At 6.7 million bbl, gasoline stocks are at their lowest level of the year and lowest point since October 2018.

As the region sees gasoline stocks tighten on the week, a handful of Mid-Atlantic and Northeast states saw significant increases at the pump: Pennsylvania (+9 cents), Tennessee (+8 cents), Rhode Island (+7 cents) and Connecticut (+7 cents). With this past week’s increases Pennsylvania ($2.97) and Washington, D.C. ($2.92) inch closer to the $3/gallon mark and are on the top list for most expensive averages in the country.

Year-over-year, most states in the region have more expensive gas price averages except for Maine (-3 cents), New Hampshire (-1 cent) and Rhode Island (-1 cent). Whereas Delaware ($2.60) and Massachusetts ($2.65) have the same price compared to this time last year.

With a 3.2 million bbl draw, the region saw the largest of any in the country for the week ending April 5, according to EIA data. Total stocks now sit at 60.2 million bbl, which is the lowest level of the year, but on par with levels this time last year. Regional refinery utilization remains at 79 percent, but that is expected to increase throughout this month.

With a dime or more increase, Missouri (+12 cents) and Kansas (+10 cents) had the largest one week increases among all Great Lakes and Central states and also both land on the top 10 list for largest weekly increases in the country. Within the region, gas prices range from $2.94 in Illinois to $2.60 in Missouri.

Gasoline stocks have been consistently tightening in the Great Lakes and Central States since last January. At that time stocks measured at 61.5 million bbl, but the latest EIA report shows total levels today at 52.2 million bbl. This – as well as regional refinery maintenance and the switchover to summer blend gasoline – have caused pump prices to jump as much as 43-cents in the last month in the region.

Gasoline stocks have been steadily declining since the beginning of February. According to EIA data, stocks have dropped from 90 million bbl on Feb 8, to 80.7 million bbl today. Compared to a year ago, stocks are only at a one million bbl deficit.

At the close of Friday’s formal trading session on the NYMEX, WTI increased 31 cents to settle at $63.89. Oil prices increased last week, and will likely continue their ascent this week, as a weaker dollar helped to push crude prices up because of the increased number of dollars needed to purchase crude on the global market. Another contributing factor to the price jumps came from reports that there was a 534,000-b/d decline in crude production by OPEC members in March, led by Saudi Arabia cutting back by 324,000 b/d. The news underscores that OPEC and its partners are making reductions in service consistent with their 1.2 million b/d production reduction agreement, which is in place through June. OPEC has announced that it will not meet in April to discuss the pact; instead, it will meet on June 25 and 26 and may announce a decision to end or extend its agreement at that time.

In related news, EIA data revealed that total domestic crude inventories grew by 7 million bbl to 456.6.5 million bbl. Additionally, Baker Hughes Inc. reported that the U.S. gained two oilrigs last week, bringing the total to 833. When compared to last year at this time, there are 18 more rigs this year.

Tweet
Published in Latest News From Bumper to Bumper Radio
More in this category: « All-New 2020 Toyota Yaris Adventure: Answering the Question Nobody Asked It’s Time to Bring U.S. Headlight Standards Out of the Dark Ages »
back to top