August is the Most Dangerous Driving Month of the Year 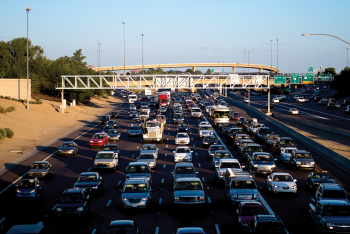 COLUMBUS, Ohio, July 25, 2018 -- As the summer hits its midpoint, drivers embark on one of the most dangerous periods on America's roadways. In fact, the month of August continues to be the deadliest driving month of the year:

Nationwide members reported more accidents in August 2016 (60,976) than any other month over the last four years.
15,914 people died in motor vehicle crashes in August during a five-year span (2012-2016), ranking it as the deadliest driving month of the year, according to the Insurance Institute for Highway Safety.

August 2 is the deadliest driving day of the year. There were more traffic fatalities (505) due to motor vehicle crashes on this date than any other of the calendar year over a five-year span (2012-2016), according to the Insurance Institute for Highway Safety.

Aggregated data collected through Nationwide's SmartRide program from drivers across 22 states* shows that the biggest contributing factors to auto accidents are hard braking, suddenly speeding up and time spent in congested driving conditions (which is approximated by time spent idling).

Based on more than 600,000 members and more than 1.3 million vehicles enrolled in the SmartRide program last August, Nationwide has identified which states show the highest frequency of factors known to contribute to auto accidents:

Nationwide's data clearly identifies Friday, between 9 a.m. and 4 p.m. as the most aggressive time of the week for drivers. During this timeframe, drivers' habits behind the wheel show more instances of hard breaking and faster accelerations than any other time of the week.

"These critical pieces of data about driving habits have been identified as some of the leading contributors to auto accidents," said Teresa Scharn, Nationwide associate vice president who helps build and manage the insurer's telematics program. "When drivers are armed with this information, they can make necessary adjustments to their driving behaviors that will help them be safer drivers."

To date, Nationwide's SmartRide enrollees have driven more than 2.5 billion miles since the inception of the program in 2011.

Tweet
Published in Latest News From Bumper to Bumper Radio
More in this category: « July Gas Prices are Proving Volatile The Do's and Don'ts of Driving in a Monsoon Storm »
back to top