Gas Prices Continue to Increase Across the Country 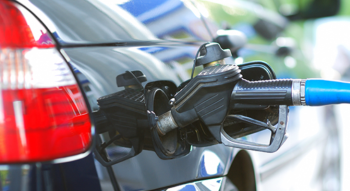 Remnants of Harvey expected to drive gas prices through the month, prospect of Hurricane Irma may impact prices as well

Hurricane Harvey may no longer be raining down on the Gulf Coast, but the storm’s impact continues to drive up gas prices across the country. At $2.65, the national gas price average is 27 cents more expensive on the week. Motorists in 26 states are paying 25 to 44 cents more for a gallon of unleaded compared to seven days ago. In fact, every state in the country has seen gas prices increase except four (Alaska, Idaho, Hawaii and Utah), where prices remain stable. Overall, gas prices are pennies away from topping the highest price ($2.67, August 15-18, 2015) Americans have paid for a gallon of gas in more than two years.

As Texas dries out from Harvey, all eyes are on Hurricane Irma, now a Category 5 hurricane, which currently is expected to hit the Leeward Islands of the Caribbean Tuesday night into Wednesday. A Hurricane Watch is in effect for the U.S. Virgin Islands and Puerto Rico.

According to the National Hurricane Center, there is an increasing chance that the Florida Peninsula and the Florida Keys may see some impact this coming weekend. However, Irma’s changing storm track could bring an altered forecast in the coming days.

“Our regional AAA teams are preparing for the impact Irma may have on our members. The safety of our response teams and members is our number one priority,” said Jeanette Casselano, AAA spokesperson. “AAA will continue to monitor Irma’s path and the potential impact the hurricane could have on residents in the area, as well as the refineries, pipelines and supply distribution components.”

The Department of Energy (DOE) is reporting that eight Gulf Coast refineries are in the process of restarting, which accounts for about 10 percent of Gulf Coast refining capabilities. At its peak, Harvey shuttered 27 percent of U.S. processing capacity. No refineries have returned to normal rates, but at least four are operating at reduced rates. Meanwhile, pipelines forced to take pre-cautionary shut downs caused by Harvey either have resumed operations or are in the process of coming back online. This includes the Colonial Pipeline, which currently has only suspended the Texas operations, while the remainder of the system continues to operate with available supply.

In response to refineries and pipeline shutdowns, last week the DOE authorized the Strategic Petroleum Reserve (SPR) to negotiate and execute emergency exchange agreements authorizing 5.6 million barrels of crude oil to be released. In addition, DOE and the

Environmental Protection Agency (EPA) have issued waivers to Colonial to accept more product into its pipeline.

With more than 50 inches of rain, Harvey set a record for the greatest amount of single-storm rainfall for the continental U.S.

“News of refineries starting-up is very promising, especially for areas that have felt tightened supply levels over the last 10 days, but we aren’t in the clear yet,” said Jeanette Casselano. “Consumers will continue to feel pain at the pump stemming from Harvey with gas prices potentially increasing an additional five to ten cents in the week ahead. States in the south, southeast and mid-Atlantic are most likely to see the biggest surges as these states receive the bulk of their supplies from the Gulf Coast. They could even see an additional surge if Hurricane Irma hits Florida this weekend. The good news consumers will see relief from the gas price spike towards the end of this month.”

Losses in U.S. supply capability have catapulted retail prices to their highest levels since August 2015, but remain well below initial weeks of September 2011 through 2014, according to OPIS. The last two years have seen inordinately cheap gasoline as the driving season ended (Labor Day weekend) and AAA expects this to be the case come October.

Today, 74 percent of U.S. gas stations are selling gas for $2.75 or less while only seven percent are selling above $3/gallon.

In Houston, refiners are starting to deliver fuel to the market as well as to Dallas and West Texas areas, but it may take some time to resume normal delivery capabilities. While there is no fuel supply shortage, the state is working to overcome distribution problems – including not having enough drivers and equipment to distribute fuel. Additionally, some roads are still inaccessible due to flooding. To help alleviate fuel delivery concerns, truck drivers have been flown in from other states to assist with the distribution.

Gas prices in the South and Southeast have felt the impact of Harvey at the pump, with consumers paying on average 31 cents more on the week. The states with the biggest increases include: Georgia (+41 cents), South Carolina (+39 cents), Alabama (+36 cents) and Florida (+36 cents). At $2.53/gal, South Carolina, for the first time this year, does not lead the nation with the cheapest gas price.

Gas prices across the region continue to follow the national trend of having some of the most expensive states in the country, with Pennsylvania ($2.87) and Washington, D.C. ($2.87) leading the way. Week-over-week retail averages increased and consumers are all spending 25 cents or more per gallon in Delaware (+44 cents), Maryland (+41 cents), New Jersey (+40 cents), North Carolina (+38 cents), Connecticut (+37 cents), New Hampshire (+37 cents), Virginia (+36 cents), Rhode Island (+35 cents), Vermont (+34 cents),

West Virginia (+33 cents), Maine (+32 cents) and New York (+30 cents). According to the latest Energy Information Administration (EIA) report, eastern gasoline supplies stood at 62.7 million bbl on the week. Even though gas supplies remain high across the country, prices continue to react to the aftermath of Hurricane Harvey and distribution issues caused by flooding in the Gulf Coast. As pipelines and refineries return to their full operations in the region, prices should start to decrease later in the month.

Prices across these regions have seen significant movement over the past week. States in the region with the largest weekly increases include: Missouri (+29 cents), Kansas (+25 cents), Ohio (+24 cents), Illinois (+18 cents), Wisconsin (+17 cents), Michigan (+16 cents) and Indiana (+16 cents). A majority of the price increase is due to the gasoline supply distribution disruption out of the Gulf Coast. As pipelines begin to reopen and gasoline deliveries to the Midwest get back on track, motorits will start to see some relief with lower gas prices during the month. The EIA’s latest report shows Midwest gasoline inventories remain steady at 52.2 million bbl last week.

Despite being the region with the smallest gas price increases on the week, the West Coast continues to sell the most expensive gas. Gas prices on the West Coast increased as much as 12 cents on the week: California (+12 cents), Arizona (+9 cents), Nevada (+9 cents), Washington (+7 cents), Oregon (+6 cents), Alaska (+4 cents) and Hawaii (+3 cents).

Prices in the Pacific Northwest are relatively calm, in comparison to other parts of the country. In addition, the West Coast does not typically draw gasoline from the Gulf Coast and is not experiencing price spikes as compared to the East Coast.

In the wake of Hurricane Harvey, gas prices in the Rockies are volatile with an average increase of nine cents on the week. All states saw gas prices increase except Utah where prices are stable. However, the increase ranges from three to 22 cents: Idaho (+3 cents),

Montana (+9 cents), Wyoming (+12 cents) and Colorado (+21 cents). Both Idaho ($2.78) and Utah ($2.61) have dropped off the most expensive markets list, falling to 11th and 25th respectively. Similar to the West Coast, the Rockies do not typically draw gasoline from the Gulf Coast and are not experiencing big price spikes as compared to the East Coast, with the exception of Colorado.

At the end of last week, the price per barrel of West Texas Intermediate settled at $47.29. On Monday morning, prices are still below $50/bbl.

Tweet
Published in Latest News From Bumper to Bumper Radio
More in this category: « Can These Cars Be Saved? Emergency Declaration Issued by USDOT in Advance of Hurricane Irma »
back to top