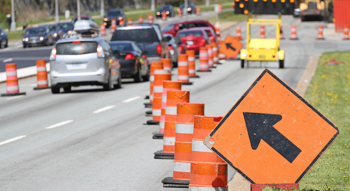 WASHINGTON. (May 2, 2017) – Key roadway improvements have the potential to save 63,700 lives and prevent 353,560 serious injuries over a 20-year period, according to a new report from the AAA Foundation for Traffic Safety. With the U.S. ranked nearly last among high-income nations in annual traffic fatalities, which continue to rise, AAA urges the Trump Administration to make repairing and maintaining America’s roadways a top priority.

“We can save tens of thousands of lives and make our roadways safer by investing in improvements that we already know exist,” said Dr. David Yang, AAA Foundation for Traffic Safety executive director. “Now is the time to act by targeting limited resources where they will have the greatest impact.”

With an investment of $146 billion, the report recommends six cost-effective roadway improvements with the greatest potential to reduce both the likelihood and consequences of crashes: (the below improvements account for 95 percent of anticipated crash reduction):

“We must invest in infrastructure improvements that not only account for today’s needs, but also prioritize needs for the future, including the potentially lifesaving technology of autonomous vehicles,” said AAA President and CEO Marshall L. Doney.

Current investments in highway infrastructure improvements in the U.S. are substantially lower than what is necessary to fix the nation’s aging roads and bridges. While the $146B investment outlined in the report will have a significant national-level impact, increased investment is required at all levels of government to prevent an infrastructure crisis. AAA recommends state and local governments take action to:

“Highway infrastructure investments play a prominent role in our national strategy to decrease traffic fatalities and serious injuries,” said Doney. “Paired with other transportation improvements and safety programs – including technology advancements, stronger traffic laws, increased enforcement, effective public education and better emergency medical services – these investments will move the U.S. closer to our goal of zero deaths on the roadways.”

Tweet
Published in Latest News From Bumper to Bumper Radio
More in this category: « Prices at the Pump Drop for First Time in Three Weeks Autotrader Reveals Top Cars for Recent College Graduates »
back to top