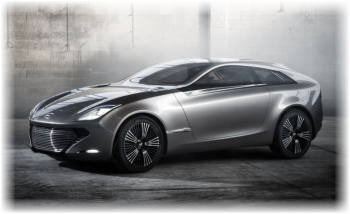 WASHINGTON – The U.S. Department of Transportation (DOT), the U.S. Environmental Protection Agency (EPA), and the California Air Resource Board (CARB) today took the first step in the mid-term evaluation of the National Program for greenhouse gas emissions and fuel economy standards for light duty cars and trucks by releasing a draft Technical Assessment Report (TAR) for public comment.  The release of the TAR delivers on a commitment that EPA made in 2012 as part of the rulemaking establishing a National Program for the 2017-2025 period.  The draft TAR covers model years 2022-2025.

The draft TAR shows that automotive manufacturers are innovating and bringing new technology to market at a rapid pace, and that they will be able to meet the MY 2022-2025 standards established in the 2012 rulemaking with a wide range of cost-effective technologies.  Moreover, it indicates that these standards can be achieved by relying primarily on advanced gasoline vehicles.  The report also shows that manufacturers will be able to meet the stricter standards at similar or even a lower cost than was anticipated in the 2012 rulemaking, with substantial savings on fuel costs for consumers.

“Today’s draft report shows that automakers are developing far more technologies to improve fuel economy and reduce greenhouse gas emissions, at similar or lower costs, than we thought possible just a few years ago.  And they are adopting these fuel-saving technologies into their fleets even faster than anticipated,” said Janet McCabe, acting assistant administrator for EPA’s Office of Air and Radiation.  “This is simply great news for consumers, manufacturers, workers and the climate.”

“After almost four years of close collaboration on the draft Technical Assessment Report with our federal partners, the conclusions are clear: costs are lower for many technologies than we originally thought, market uptake is strong, and expected consumer benefits remain high,” said CARB Chair Mary D. Nichols.

The National Program is designed to enable consumers to choose the car or truck they want, while ensuring that the vehicles they select will reduce carbon emissions and save on fuel costs.  The program was developed jointly by the EPA and DOT, in coordination with CARB, and it applies to passenger cars and light duty trucks through model year 2025.  It requires manufacturers to improve average fuel efficiency and reduce average greenhouse gas emissions over time.

In recent years, and responding to the standards established in the National Program, automakers have been rapidly adopting fuel-efficient technologies like turbo charging, engine downsizing, more sophisticated transmissions, vehicle weight reduction, aerodynamics, and idle stop-start, along with improved accessories and air conditioning systems.  There are over 100 car, SUV, and pick-up truck versions on the market today that already meet 2020 or later standards, suggesting that automakers should be well-positioned to meet future average standards through additional application of those technologies.

Today’s draft report is the first of several steps the agencies will take as part of assessing the standards for new vehicles in the 2022-2025 model years (MY).  The report itself is not a rulemaking and does not change any of the existing requirements under the existing National Program.

The National Program does not set a single fuel economy target number for all vehicles, but instead it establishes separate footprint-based standards for passenger cars and light trucks.  A manufacturer’s compliance obligation depends on the mix of vehicles that it produces for sale in each model year – if a manufacturer produces mostly larger vehicles, its average standard will be less stringent than if it produces mostly smaller vehicles, reflecting the reality that smaller vehicles often have better fuel economy and lower carbon emissions than larger vehicles.  This approach ensures that consumers can continue to choose from the full range of fuel efficient vehicles on the market, and at the same time, it improves efficiency and emissions for all types of vehicles.

While the Draft TAR analysis focuses on the MY 2022-2025 standards, the report also shows that auto manufacturers over-complied with the standards for each of the first three years of the program, and in 2014 outperformed the standards by 1.4 miles per gallon.  This occurred during a period during which the automotive industry has seen six consecutive years of sales increases and a new all-time sales record in 2015, reflecting positive consumer response to vehicles complying with the standards.