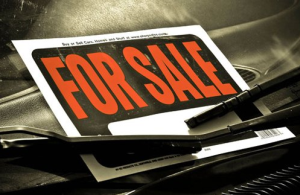 MCLEAN, Va., Feb. 18, 2016 /PRNewswire/ -- In their most recent report on the U.S. vehicle market, analysts at NADA Used Car Guide, a division of J.D. Power and Associates, concluded the used vehicle market slightly underperformed in January 2016 compared to December 2015. According to the free report, wholesale prices of vehicles up to eight years in age were down 0.1 percent in January versus December. January's used vehicle price index followed a slightly greater decline of 0.3 percent compared to December, bringing the index to 122.2.

Larry Dixon, senior analyst for NADA Used Car Guide added, "While sales volume was up significantly on a month-over-month basis, volume was 4 percent lower than the same period last year."

The report observes the decline in supply was driven in part by a drop in late-model volume.

Bad Weather Affected the Automotive Market, Changed Market Forecast
Due to the effects of winter storm Jonas on the east coast, the report notes NADA Used Car Guide's forecast for the rest of the first quarter has been raised from the January edition of Guidelines. Used vehicle prices are now expected to rise by an average of approximately 1 percent in February and then by an additional 2 – 2.5 percent in March. The revision places prices 3 percent above December levels by the end of March, or roughly 1 percent more than last month's forecast.