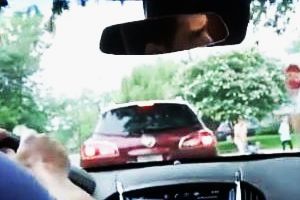 WASHINGTON – The U.S. Department of Transportation’s National Highway Traffic Safety Administration (NHTSA) today announced that beginning with model year 2018, the agency will update its 5-Star Rating System to include automatic emergency braking (AEB) as a recommended safety technology, providing consumers with new information on technology with the potential to prevent rear-end crashes or reduce the impact speed of those crashes by automatically applying the brakes.

“We are adding automatic emergency braking features to the 5-Star Rating System because crash-avoidance technologies can save lives and should be widely accessible,” said U.S. Transportation Secretary Anthony Foxx. “AEB can substantially enhance safety, especially with the number of distracted drivers on the road.”

AEB systems work with or without driver intervention, by combining inputs from forward-looking radar and/or camera sensors and driver inputs to determine if a rear-end crash is likely to happen. Specifically, AEB technology includes two systems—crash imminent braking (CIB), which applies the brakes in cases where a rear-end crash is imminent and the driver isn’t taking any action to avoid the crash, and dynamic brake support (DBS), which supplements the driver’s braking input if the driver isn’t applying sufficient braking to avoid a rear-end crash.

The decision is one of a series of steps NHTSA and DOT have undertaken to accelerate the spread of crash-avoidance technology. In September, NHTSA and the Insurance Institute for Highway Safety announced that 10 major vehicle manufacturers have committed to making AEB a standard feature on all new vehicles. NHTSA is also completing a proposal to require transmitters for vehicle-to-vehicle safety communications in new cars, and to identify and address potential obstacles to safety innovations within its existing regulations.

To help the public better understand how AEB works, the agency has created a new AEB webpage on www.safercar.gov/AEB. The page has a compelling video depicting a scenario where AEB is used to prevent a crash, a demonstration depicting the two types of AEB applications, and information about the current state of the technology.

Tweet
Published in Latest News From Bumper to Bumper Radio
More in this category: « Passage of House Transportation Bill an Important Step Towards Improving Roads and Bridges Summer of Love »
back to top