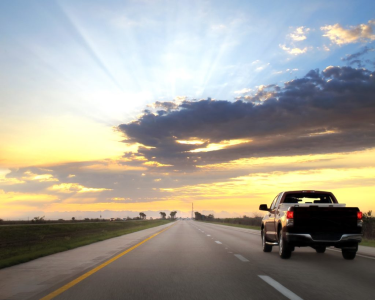 New AAA data shows that rideshare, transit, and taxi use plummeted, did not fully recover

WASHINGTON, D.C. (July 15, 2021) – The COVID-19 pandemic and associated restrictions in the spring of 2020, such as stay-at-home orders, led to a drastic drop in U.S. road travel and a sharp increase in the number of people who chose to stay home all day. While the dramatic change in traffic patterns was widely noted last year, new research from the AAA Foundation for Traffic Safety’s New American Driving Survey (2020) provides compelling month-by-month data that examines the types of trips and the characteristics of the people who altered their driving habits. According to the research, the average number of all daily personal car trips plunged 45% in April 2020 and 40% for trips by all modes of transportation combined. The dip in travel moderated later in the year but remained below 2019 levels.

“The COVID-19 pandemic has had a profound impact on our commute habits and patterns in the United States,” said Dr. David Yang, executive director of the AAA Foundation for Traffic Safety. “Findings based on our survey data provided some contextual information to understand better how this unfortunate event has affected the way we travel.”

Daily trips for all modes of transportation fell from an average of 3.7 trips per day in 2019 (dotted line below) to 2.2 trips in April 2020, before slightly recovering. After abruptly decreasing in April 2020, daily trips by U.S. residents rebounded somewhat in May and June and then remained at approximately 20%–25% below their 2019 levels during the second half of 2020.

“It’s counterintuitive to see the rate of traffic deaths spike when so many of us were driving less often,” said Jake Nelson, AAA’s director of traffic safety advocacy. “As the U.S. climbs out of the COVID-19 pandemic, highway safety officials will need to double down on curbing speeding, substance-impaired driving, and failure to buckle up.”

Tweet
Published in Latest News From Bumper to Bumper Radio
More in this category: « Crude Oil Prices to Hit 7-Year High this Week with the National Gas Price Average to Increase to $3.25 this Month Harley-Davidson Launches H-D1™ Marketplace »
back to top

Bumper to Bumper helps a listener who is having transmission related issues with their Toyota Venza.