Risky Driving Behaviors of Drivers Who Use Alcohol and Marijuana 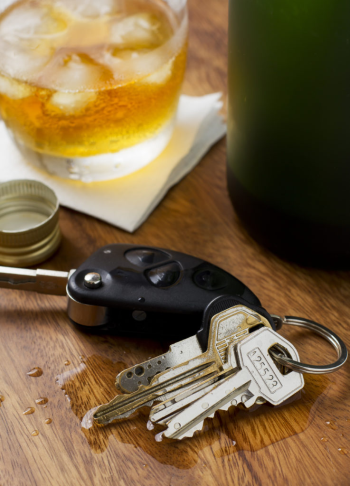 WASHINGTON, D.C. (April 13, 2021)  – People who use both alcohol and marijuana are some of the most dangerous drivers on the road – they are significantly more likely to speed, text, intentionally run red lights, and drive aggressively than those who don’t, according to data from the AAA Foundation for Traffic Safety. They also are far more likely to report driving under the influence of alcohol than those who consume only alcohol and not marijuana.

“These data show the alarming impact of alcohol and marijuana use on the choices drivers make when they get behind the wheel,” said Jake Nelson, AAA’s director of traffic safety advocacy and research. “From choosing to drive while impaired, and speeding, to driving distracted or running red lights, using these two drugs leads to poor decision-making with potentially fatal consequences.”

The AAA Foundation’s annual Traffic Safety Culture Index found that drivers who use both marijuana and alcohol were significantly more prone to driving under the influence of alcohol (Table 1) versus those who only drink alcohol but do not use marijuana. These motorists identified as someone who consumed alcohol and used marijuana in the past 30 days, and in some cases, they may have used both at the same time. They also engage in various other dangerous driving behaviors far more than drivers who consume either just alcohol or abstain from either drinking alcohol or using marijuana. Compared to alcohol-only users, drivers who admitted to using both were more likely to report such behaviors as:

Unsurprisingly, the study found drivers who neither drink alcohol nor use marijuana were considerably less likely to engage in the sorts of risky driving behaviors examined. This Foundation research was published in January 2021 in the peer-reviewed journal Transportation Research Record. (See abstract)

According to government data, alcohol and marijuana are the most widely used drugs in the United States – 139.8 million people aged 12 or older reported drinking alcohol in the past month, and 43.5 million reported using marijuana in the past year. Further normalizing this behavior, 18 states and Washington, D.C., have legalized marijuana for recreational use. And in 2021, 13 state legislatures are considering medical or adult-use marijuana legalization bills.

AAA opposes the legalization of recreational marijuana because of its inherent traffic safety risks and the difficulties in writing legislation that protects the public and treats drivers fairly. AAA is committed to educating the public about the dangers of substance-impaired driving. Through AAA Foundation research, AAA is working to improve understanding of the topic and work collaboratively with safety stakeholders to reduce the impact of substance-impaired driving-related crashes.

“With 4/20 approaching, it’s worth noting that marijuana use can inhibit concentration, slow reaction times, and cloud judgment. Its effects vary by individual, but several studies, including one that AAA released in 2020, have concluded that marijuana use impairs the ability to drive safely,” added Nelson.

Previous research suggests that users who drive high are up to twice as likely to be involved in a crash.

Tweet
Published in Latest News From Bumper to Bumper Radio
More in this category: « New Early Warning System for Self-Driving Cars Electric Cars: Recharge Your Batteries »
back to top

Bumper to Bumper helps a listener who has been noticing a knocking sound coming from their 2013 Nissan Altima.