Americans Paying 14% More at the Pump Compared to February 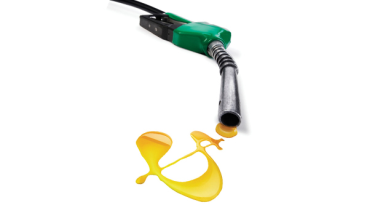 “On average, Americans are paying 14% more to fill-up compared to February,” said Jeanette McGee, AAA spokesperson. “With increased demand and tighter gasoline supplies, we are looking at more expensive pump prices with little relief in the weeks ahead.”

For the week ending March 5, the EIA reports gas stocks decreased by nearly 12 million bbl to 231.6 million bbl, as demand increased from 8.15 million b/d to 8.73 million b/d last week. That demand measurement is the highest since the end of November 2020, which coincidentally was the same month we saw stocks as low as they are today.

Amid tightening supply and increasing demand, the good news is that the price of crude, which accounts for more than half of the price at the pump, showed signs of stability on the week fluctuating between $64–$66/bbl. If crude sustains at this level, especially as refinery utilization increases, the jumps at the pump are likely not to be so substantial by April.

On the week, the national average is nine cents more expensive with 20 states seeing double-digit jumps.

At the close of Friday’s formal trading session, WTI decreased by 41 cents to settle at $65.61. Although the price of crude decreased on Friday, due to a stronger dollar, crude prices rose earlier in the week to $66/bbl with market optimism about crude demand recovery. Crude prices increased despite EIA’s latest weekly report revealing that crude inventories increased by 13.8 million bbl to 498.4 million bbl. For this week, crude prices are likely to continue moving higher if optimism grows.

Tweet
Published in Latest News From Bumper to Bumper Radio
More in this category: « Planning a Trip in 2021? Be Prepared for a Different Travel Experience Heading the Wrong Way with “Wrong-Way” Driving »
back to top