Average Down Payments for New Vehicles Continue to Rise in Q4 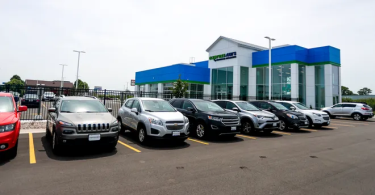 "...consumers who are buying new cars during the pandemic are clearly on the other side of the economic divide"

"Consumers historically lean toward purchasing pricey luxury cars, trucks and SUVs during the holiday season, which is partially why we're seeing this lift. But we're also just seeing a broader trend of consumers gravitating toward bigger purchases during the pandemic," said Jessica Caldwell, Edmunds' executive director of insights. "It might seem at odds with unemployment levels and the harsh financial conditions that so many Americans are finding themselves in right now, but the consumers who are buying new cars during the pandemic are clearly on the other side of the economic divide. They're likely qualifying for the lowest promotional rates and feeling secure enough to put down more money to get the bigger vehicles and features that they want."

Edmunds analysts note that some of the trends in the new car market continue to trickle down to financed used vehicle purchases as well. Although Edmunds data shows that the average down payment for a used vehicle slightly decreased in Q4 compared to Q3, it still represented a more than 22% increase year-over-year compared to Q4 of 2019. The average amount financed and average monthly payment also saw quarterly and yearly increases.

"We're seeing more consumers who typically would fit the bill as new-car shoppers turning their focus on the used car market thanks to a good supply of near-new, off-lease vehicles hitting the market," said Caldwell.

Tweet
Published in Latest News From Bumper to Bumper Radio
More in this category: « Under the Hood With Glen: How Dirty is Your Cabin Air Filter? | Good Works Auto Repair Framework for Gauging Health Impacts of Self-Driving Vehicles »
back to top