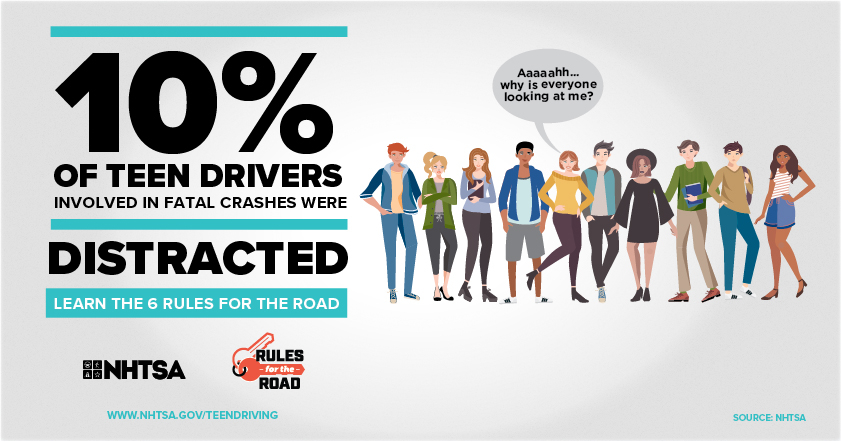 Teens: Parents can be the biggest influencers on your choices behind the wheel – but it’s ultimately up to you to make the right decisions.

There are a number of risks to consider before you make the decision to drive:

Seat belts are designed to keep you safe, whether you’re sitting in the front or back seat, by preventing you from being ejected from your vehicle. But in 2016, 569 passengers were killed in passenger vehicles driven by teen drivers, & more than half (54%) of those passengers who died were NOT buckled up at the time of the fatal crash. Even more troubling, in 85% of cases when the teen driver was unbuckled, the passengers were also unbuckled.