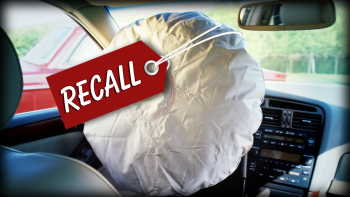 MIAMI, July 26, 2017 -- Settlements have been reached in a class action lawsuit alleging that consumers sustained economic losses because they purchased or leased vehicles from various auto companies that manufactured, distributed, or sold vehicles containing allegedly defective airbags manufactured by Takata Corporation and its affiliates. The Settlements include certain vehicles made by BMW, Mazda, Subaru, and Toyota (the "Subject Vehicles"). BMW, Mazda, Subaru, and Toyota deny any and all allegations of wrongdoing and the Court has not decided who is right.

Owners or lessees of Subject Vehicles who have already received a separate recall notice for their BMW, Mazda, Subaru, or Toyota vehicle requesting that they bring it to their local retailer to have the Takata airbags repaired and have not yet done so, should contact their local retailer to make an appointment for this repair as soon as possible.  Some vehicles will be recalled for repair at a later date, and some vehicles may not be recalled. When recalled Takata airbags deploy, they may spray metal debris toward vehicle occupants and may cause serious injury.  Please see the original recall notices and www.AirBagRecall.com for further details.

The Settlements include the following persons and entities:

BMW, Mazda, Subaru, and Toyota have agreed to Settlements with a combined value of approximately $553 million, including a 10% credit for Rental Car/Loaner Programs.  The Settlement Funds will be used to pay for Settlement benefits and cover the costs of the Settlements over an approximately four-year period.

The Settlements offer several benefits for Class Members, including, (1) payments for certain out-of-pocket expenses incurred related to a Takata airbag recall of a Subject Vehicle, (2) a Rental Car/Loaner Program while certain Subject Vehicles are awaiting repair, (3) an Outreach Program to maximize completion of the recall remedy, (4) additional cash payments to Class Members from residual settlement funds, if any remain, and (5) a Customer Support Program to help with repairs associated with affected Takata airbag inflators and their replacements.  The Settlement website explains each of these benefits in detail.

Class Members must file a claim to receive a payment during the first four years of the Settlements.  If a Class Member still owns or leases a Subject Vehicle, they must also bring it to an authorized dealership for the recall remedy, as directed by a recall notice, if they have not already done so. Class Members can visit www.AutoAirbagSettlement.com and file a claim online or download one and file by mail.  The deadline to file a claim will be at least one year from the date the Settlements are finalized and will be posted on the website when it's known.