Prices at the Pump Drop for First Time in Three Weeks 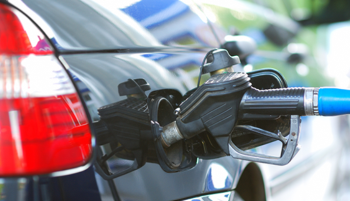 Gas prices have dropped slowly on the week. Today’s national average price for a gallon of regular unleaded gasoline is $2.39, a three cents drop from one week ago; however, it is an increase of nine cents over last month and 18 cents more than this time last year. One year ago, the country was experiencing higher consumer demand and prices were increasing. Fast forward to today, consumers are still experiencing higher gas prices over last year due to the OPEC agreement, but we are not seeing substantial increases at the pump due to increased gasoline inventories and low demand across the country.

West Coast
Gasoline prices on the West Coast are flat from a week ago, but continue to reign as the most expensive in the country: Hawaii ($3.08), California ($3.00), Alaska ($2.92), Washington ($2.91), Oregon ($2.76) and Nevada ($2.71). On the West Coast, gasoline inventories are substantial, about 2.7 million bbl higher than the five-year average. The inventory spike is likely a result of refiners’ robust gasoline production in March and a strong April import schedule. Even with the region’s substantial gasoline inventories contributing to this week’s price stabilization, prices at the pump are, on average, 38 cents more than this time last year for West Coast consumers.

Rockies
Two states in the Rockies saw gas prices increase, albeit by pennies: Idaho (+1 cent) and Montana (+1 cent), while Colorado and Wyoming gas prices remain flat. The region tends to be among the most stable in the nation due to their insulated status in the center of the country and few disruptions to regional production over the past few weeks.

Overall, the region is seeing gasoline demand flatten while production grows. Currently, the region’s gasoline stocks are about 1-2 million bbl higher than levels in the last two years and could potentially increase as the region is typically a receiver of other regional gasoline during the summer driving season.

Mid-Atlantic and Northeast
Pennsylvania ($2.64), New York ($2.53), Washington, DC ($2.53), Connecticut ($2.52) and Vermont ($2.43) are among the country’s 15 most expensive markets. Despite the high prices, some Mid-Atlantic and Northeast states saw prices drop on the week: Delaware (-4 cents), Maryland (-4 cents), North Carolina (- 3 cents), Washington, D.C. (-3 cents), Virginia (-3 cents) New Jersey (-2 cents), Pennsylvania (-2 cents) and West Virginia (-1 cent). Other states saw prices remain stable or fall by a penny or less. Compared to one month ago, a bulk of Mid-Atlantic and Northeast states are paying at least 14 cents more for a gallon of gasoline.

Oil Market Dynamics
At the close of trading Friday, April 28, on the NYMEX, WTI increased 36 cents to settle at $49.33. The below $50 price per barrel can be partly attributed to increasing crude oil stocks. According to energy services company Baker Hughes, the U.S. added nine oil rigs last week, putting the total at 697 – the largest number of rigs since April 2015. Increased production from the U.S. comes ahead of talks to extend a production cut agreement from OPEC and non-OPEC countries, which is scheduled to end on June 30. The countries in the agreement will meet on May 25 in Vienna, Austria to discuss whether to end or extend the supply reduction.

On Monday morning, US petroleum futures were down, reflecting continued concern about growth in U.S. production. However, there is reason to believe that continued low price per barrel is reducing global investment in oil exploration, which could lead to tighter supplies moving forward. Last week, the International Energy Agency released information that revealed global oil discoveries fell to a record low in 2016, as companies continued to cut spending and conventional oil projects were at their lowest level in 70 years. Deepwater offshore exploration, which accounts for almost a third of crude oil production and is a crucial component of future global supplies, has been particularly hard hit by the industry’s slowdown. In 2016, only 13 percent of all drilling of conventional resources was offshore, compared with more than 40 on average between 2000 and 2015. This reduction could lead to higher prices per barrel, assuming demand continues to grow and the market experiences further constrained crude stocks.