Speeding One of Top Deadly Mistakes Made by Teen Drivers 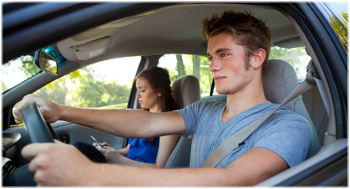 WASHINGTON (October 12, 2016) – Over the past five years, teen drivers were involved in nearly 14,000 fatal crashes and more than 4,200 of those crashes involved speeding. According to a new AAA survey of driving instructors, speeding is one of the top three mistakes teens make when learning to drive. With 65 percent of those instructors also reporting that parents today are worse at preparing their teens to drive compared to a decade ago, AAA cautions parents that their involvement is key to preventing deadly mistakes behind the wheel.

“Nearly two-thirds of people injured or killed in a crash involving a teen driver are people other than the teen,” said Bill Van Tassel, AAA’s manager of Driver Training Operations. “Involved parents really can help save lives, so it’s important for parents to coach their teens to slow down, as well as to avoid other common mistakes.”

“We all know that the combination of inexperience and risk taking can be a deadly one,” said Jennifer Ryan, director of State Relations for AAA. “Parents need to understand the common mistakes teens are making and take the time to help their teens learn how to stay safer on the road when they are learning to drive.”

In addition to revealing that parents today are worse at preparing their teens to drive than they were 10 years ago, driving instructors report that parents often set a bad example through their own behaviors. A recent survey from the AAA Foundation for Traffic Safety found that drivers aged 35-55 commonly report dangerous behaviors when behind the wheel.

“Parents play a major role in keeping our roads safe,” continued Ryan. “Most teens are learning important driving skills from watching their parents and they are picking up bad behaviors along with the good ones.

So it’s up to today’s parents to set a good example. It may end up saving their children’s lives.”

Past research shows that teens with parents who impose stricter driving limits reported fewer crashes and traffic violations. AAA recommends parents stay actively involved in coaching their teens through the learning-to-drive process by:

Tweet
Published in Latest News From Bumper to Bumper Radio
More in this category: « Gas Prices Continue to Climb Despite Seasonal Drop in Demand National Average Shows Steady Decline on the Week »
back to top