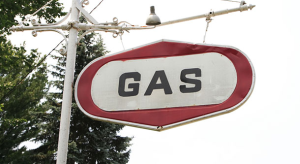 (Washington, February 8, 2016) - Domestic crude oil inventories reached their highest level for this time of year in nearly eight decades, and barring any major disruptions in supply, gas prices are likely to remain near their lowest price point since the Great Recession in the near term. Today’s average price of $1.74 per gallon reflects a savings of $1.07 per gallon versus the 2015 peak price reached this past June, and gas prices have fallen for 31 of the past 33 days. Pump prices are down six cents per gallon on the week, 24 cents per gallon on the month, and consumers are saving 44 cents per gallon versus this same date last year.

Gasoline demand typically begins to increase starting in February, reaching its peak in August, and this month also marks the beginning of the spring refinery maintenance season. The combination of increased demand and reduced supply often leads to upward swings in the price at the pump, and historically as a result averages have climbed higher during this seven-month period (February –August). Unlike previous years, both gasoline and crude oil supplies are at record levels and two of the nation’s more volatile markets, the Midwest and the West, are both reporting ample supply. The convergence of these factors may point to a possible shift in the status quo, provided crude oil prices remain relatively low and absent any major disruptions in supply or production.

Drivers in the majority (44) of states continue to pay gas prices below $2 per gallon. Oklahoma ($1.42) and Missouri ($1.43) are the nation’s least expensive markets and a total of 30 states are posting averages at or below $1.75 per gallon. Hawaii ($2.63) leads the market with a pump price that is double-digits above second-place California ($2.50). Regional neighbors Alaska ($2.34), Nevada ($2.20) and Washington ($2.09) join in the rankings and round out the nation’s top five most expensive markets for retail gasoline.

Pump prices are down in nearly every state (49) week-over-week and consumers in 20 states are saving a nickel or more per gallon at the pump. The largest weekly discounts in price are in the Midwestern states of Ohio (-14 cents), Indiana (-14 cents) and Michigan (-13 cents). Gas prices in this region are known to fluctuate and these same three states were posting the largest weekly increases in last week’s report. Delaware (+1 cent) is the only state to buck this trend of weekly savings.

Monthly savings for motorists are universal, as gas prices are down in every state and Washington, D.C. over this period. Drivers in the Midwestern states of Indiana (-40 cents), Illinois (-40 cents), Ohio (-38 cents), and Michigan (-38 cents) are saving the most month-over-month and averages are down more than a quarter per gallon in a total of 13 states. Hawaii (-5 cents) is the only state where drivers are not benefiting from double-digit discounts in the price to refuel their vehicles on the month.

This time last year (February 2015) retail averages climbed higher for 40 consecutive days and as a result the magnitude of year-over-year savings is beginning to widen again. Gas prices are down in nearly every state (49) and Washington, D.C, versus this same date last year. Averages in 12 states are down 50 cents or more, and pump prices in 43 states and Washington, D.C. are down a quarter or more per gallon on the year. The largest yearly savings are seen by drivers in the Midwestern states of Indiana (-79 cents), Ohio (-75 cents), Michigan (-72 cents) and Illinois (-72 cents). Idaho (+6 cents) is the only state where prices are up year-over-year. This is in contrast to last week’s report where prices were down by 50 cents or more in only one state, and prices in handful (5) of states were up on the year.

Slower-than-expected growth in China, a strengthening U.S. dollar, and ongoing speculation about what, if any, deals the Organization of Petroleum Exporting Countries may attempt broker on production are all weighing on the global oil market. Market fundamentals remain skewed due to oversupply and geopolitical tensions, even when between OPEC member countries, have had little impact on price due to the market’s current imbalance.

Domestic gasoline and crude oil supply are at record levels. The year’s refinery maintenance ramp up is expected to reduce gasoline inventories, which could help bring a bit of balance to the gasoline market; however, this will likely not have the same impact on crude oil. The lower price environment has yet to lead to any real cuts in U.S. production, and to date has only contributed to reports of falling rig counts and the oil and gas sector shedding jobs.

At the close of Friday’s formal trading on the NYMEX, WTI was down 83 cents and settled at $30.89 per barrel.