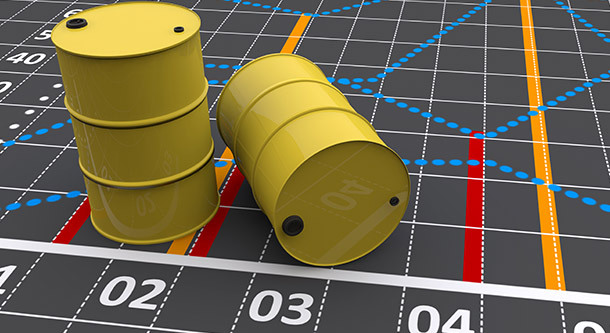 (WASHINGTON, September 14, 2015) - Falling gas prices continue to benefit motorists with three southern states posting averages below $2 per gallon: South Carolina, Mississippi, and Alabama. This is the first time that three states have had averages below $2 since February. The national average price for regular unleaded gasoline has fallen for 28 consecutive days, reaching today’s price of $2.33 per gallon. Drivers are saving six cents per gallon compared to one week ago and 33 cents versus one month ago. Gas prices remain much cheaper than last year due to the relatively low price of crude oil with drivers saving an average of $1.06 per gallon compared to a year ago.

Barring any unexpected disruptions in supply or spikes in the price of crude oil, the national average is expected to keep moving lower as we head into the fall. Pump prices typically decline during this time of year due to lower driving demand after the busy summer driving season and the changeover to cheaper to produce winter-blend gasoline, which takes place in many parts of the country starting on September 16. U.S. drivers continue to benefit from an oversupplied market and consumers could experience even lower prices at the pump if the price of crude oil remains relatively low and refineries are able to conduct planned seasonal maintenance without issue.

On the whole, retail averages are down nationwide, including the three states — South Carolina ($1.94), Mississippi ($1.99), and Alabama ($1.99) — where averages are back below $2 per gallon. The most expensive markets for retail gasoline are west of the Rockies, with drivers in Alaska ($3.28) continuing to pay the highest averages at the pump. Regional neighbors California ($3.17), Nevada ($3.06), Hawaii ($2.97) and Idaho ($2.81) are the top five most expensive markets for gasoline.

With just one exception, motorists in every state are experiencing savings in the price of retail gasoline week-over-week. Averages are down by a nickel or more in 30 states and Washington, D.C., and pump prices in Indiana (-14 cents), Illinois (-13 cents), California (-10 cents) and Michigan (-10 cents) have dropped by double-digit increments over this same period. Outside of this trend is Ohio, where prices have climbed higher by three cents per gallon versus one week ago.

Monthly price comparisons show consumers nationwide are paying less to refuel their vehicles. With the exception of Utah (-2 cents), drivers across the nation are saving more than a dime per gallon at the pump month-over-month and prices are discounted by a quarter or more per gallon in more than half (26) of the states. The largest discounts in price over this same period have been in the Midwestern states of Indiana (-81 cents), Michigan (-75 cents), Ohio (-66 cents) and Illinois (-62 cents), where prices continue to retreat following the resolution of localized refinery issues.

The global oil market remains volatile and the overall sentiment continues to swing between bulls and bears in response to recent reports. The International Energy Agency is predicting that production from non-OPEC countries will fall by its largest increment in 24 years, and the organization attributes this decrease to the success of OPEC’s strategy to protect its market share by sustaining production despite the relatively low price of crude oil. Also according to IEA, global oil demand is expected to increase in 2016. The combination of lower production and higher demand is reportedly contributing to the sentiment that a bullish market could be on the longer-term horizon.

In what is being described as its latest play to remain influential over global oil markets, OPEC welcomed Indonesia back into the cartel, making the Southeast Asian nation the only member country that is not a net exporter. Indonesia was a member of the cartel for 47 years and suspended its membership in 2009 when its balance between consumption and production shifted. OPEC is next scheduled to meet in December in Vienna, and during this meeting the country will officially rejoin as a member. At present, the oil cartel does not plan to convene prior to the December meeting to discuss strategy, and the global oil market is likely to remain bearish in the near term.

The domestic oil market remains oversupplied, and according to the most recent report from the U.S. Energy Information Administration, oil inventories continue to build despite domestic production declines. The price of West Texas Intermediate crude oil, the traditional U.S. benchmark, is expected to remain relatively low as seasonal refinery maintenance gets underway and demand for gasoline decreases as we enter the fall.

WTI closed out Friday’s formal trading session on the NYMEX down $1.29, capping a loss of nearly three percent for the week, and settled at $44.63 per barrel.

Tweet
Published in Latest News From Bumper to Bumper Radio
More in this category: « Are You a Severe Driver? DOT and IIHS Announce Historic Commitment from 10 Automakers to Include Automatic Emergency Braking on All New Vehicles »
back to top