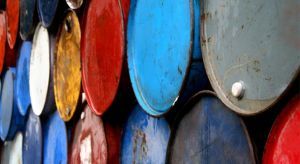 (WASHINGTON, July 27, 2015) - The national average price for regular unleaded gasoline has dropped for 12 days in a row, which is the longest consecutive decline since January. Today’s national average price is $2.71 per gallon, which is a nickel per gallon less than one week ago and seven cents less than one month ago. Most drivers are paying the lowest July prices since 2009 and are saving 82 cents per gallon at the pump compared to a year ago.

The slow decline in the national average is in stark contrast to regional price volatility that continues to characterize some markets, as a result of localized refinery issues and tight supplies. Pump prices have moved dramatically higher in California this month due unexpected drawdowns in supplies, shortages in the blending components used to make the state’s mandated boutique fuel and recent reports of several refineries dealing with production issues. On the other end of the spectrum, production at refineries in the Midwest is reported to have reached a 2015 high and prices have subsequently moved noticeably lower in much of the region.

Drivers in seven states, all located west of the Rockies, are paying retail averages above $3 per gallon. California ($3.83) is the nation’s most expensive market for retail gasoline, and is followed by regional neighbors Alaska ($3.47), Hawaii ($3.32), Nevada ($3.26) and Washington ($3.19). Averages in California appear to be easing, although recent reports of production issues could again send averages higher in the coming days. The nation’s least expensive market for retail gasoline is South Carolina ($2.32), where pump prices remain discounted by more than $1.50 from the market leader.

Weekly price comparisons show the majority of drivers (43 states and Washington, D.C.) are saving at the pump. The price is down a dime or more in Ohio (-17 cents), Indiana (-12 cents), Kentucky (-12 cents) and Michigan (-10 cents), and motorists in a total of nine state are saving a nickel or more per gallon week-over-week. Retail averages climbed higher in seven states over this same period, but in less dramatic fashion. Colorado (+5 cents) is the only state posting a weekly premium of a nickel or more per gallon.

Pump prices have moved lower in 34 states and Washington, D.C. month-over-month. Averages in the majority of these states (31) are down by a nickel or more per gallon, and the largest monthly discounts continue to be seen in Ohio (-38 cents), Indiana (-37 cents) and Michigan (-29 cents) following the resolution of production issues in the Midwest region. Consumers in 17 states are saving a dime or more per gallon. The price has moved higher in 16 states over this same span, with the largest price jumps in California (+38 cents), Colorado (+14 cents) and Arizona (+10 cents).

Nationwide, consumers are experiencing significant discounts in the price for retail gasoline compared to one year ago. Motorists in 38 states and Washington, D.C. are saving 75 cents or more per gallon, and pump price are down by $1 or more in Connecticut (-$1.04), Hawaii (-$1.02) and Vermont (-$1.00) year-over-year.

The global oil market touched multi-month lows to open the week’s trading session in reaction to signals that the market is likely remain oversupplied in the near term, which is expected to keep downward pressure on prices. Worse than expected economic data out of China showed growth in the country to be more volatile than anticipated, which could further increase the global glut in oil and gasoline.

Domestic crude inventories grew by 2.5 million barrels in the most recent weekly report, while the number of U.S. oil rigs grew by 21, which was the largest gain since April 2014. Supply continues to outpace domestic demand, and as a result, West Texas Intermediate crude oil fell below $50 per barrel for the first time since April this past week.

At the close of Friday’s formal trading on the NYMEX, WTI settled down 31 cents at $48.14 per barrel. Losses continued this morning as WTI was down in early trading to below $48 per barrel. The price of oil generally accounts for more than half the cost of retail gasoline at the pump, so lower crude oil prices typically lead to lower pump prices for motorists, barring other influencing factors like refinery issues, distribution challenges or changes in demand.

Tweet
Published in Latest News From Bumper to Bumper Radio
More in this category: « Car Care with Kids Understanding Vehicle Recalls »
back to top