How Can I Tell The Age Of My Car Battery?

Date codes are engraved into the cover of each Interstate battery at the time the battery is shipped from the manufacturing plant. This is how you can tell the age of your battery.

Reading the date code on an Interstate 12-volt and 6-volt automotive, commercial or marine battery 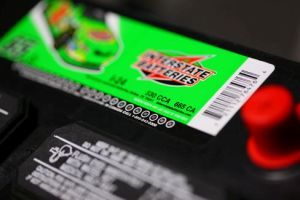 Usually, a battery is sold during the first three months after it is received from manufacturing plant. If they are shelved longer, it is Interstate Batteries' policy to recharge our batteries that are on a dealer's shelf or in our warehouse every three months in order to keep them fresh.

If the battery has been recharged by an Interstate Batteries wholesale Distributor, then there will be another date code on the cover of the battery. It will either be a two-digit code that is branded into the cover or on a small, round label on the cover. In each case, the code will be read in the same way as listed above.

The date code on Interstate batteries, which start with the letter "U" such as the U2200, contains three digits. The code is engraved into the positive terminal. The code will read the same as listed above.

Click here for more information about Interstate Batteries in Arizona

More in this category: « Is It Bad To Set Your Automotive Battery On Concrete? How Do You Keep Your Car Battery Clean? »
back to top