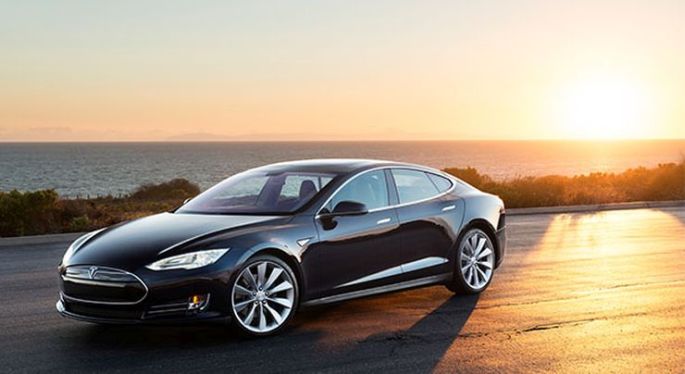 “The center also has a long-term interest in helping motorists cut their fuel bills and clean the air,” said ARC Manager Megan McKernan. “Green vehicles offer motorists a way to reduce emissions and save fuel and, depending on the choice of green vehicle, can help motorists save cash, especially when gas prices are high,” she added.

“For the 2015 guide, the research center divided the vehicles into six car classifications and identified the winners and finalists in each category,” said McKernan. “We also recognized overall ‘Green Car’ and ‘Best Value’ winners,” she said. “The Tesla took two awards – best overall and large car category.”

In describing the top-scoring green vehicle manufacturer, which held onto the top spot from last year, McKernan said, “All evaluators rated the Tesla high for comfort and ride quality. It handled well on our slalom course, and it has the best acceleration times of all the vehicles.”

The Tesla P85D has a 253-mile range, but even with a 240-volt charger, it can take 12 hours to fully re-charge, according to McKernan. “Despite charging time, the Model P85D was our top-scoring electric vehicle this year.”

The 2014 Nissan Versa SV tops the 2015 guide list as the best green car value when price is factored in, according to McKernan. “It’s priced under $17,000, averages about 35 miles per gallon and has a spacious interior making it an affordable fuel-sipping car,” she added.

The ARC’s engineers and technicians – who have more than 100 years combined experience – evaluated the vehicles. Each category was scored on 0-10 points. Scores were totaled to determine top vehicles. Then, each vehicle’s total score was divided by its “as-tested” price to determine its cost per point for best value. The guide lists vehicle specifications, test scores, data and observations in one-page summaries.

Tested vehicles were selected based on emission certifications from the California Air Resources Board and U.S. EPA fuel economy ratings. Tests were performed at the Auto Club Speedway in Fontana and on Southern California roads. Testing procedures were developed by the Society of Automotive Engineers (SAE), the EPA and the Auto Club.

The guide will be available to AAA members at no charge at AAA branches while supplies last. It also can be downloaded on the iPad or on the AAA web site. More information can be found at www.AAA.com/greencar.

Tweet
Published in Latest News From Bumper to Bumper Radio
More in this category: « Duct Tape Auto Repair Holiday Travel Tips with Lauren Fix, The Car Coach »
back to top