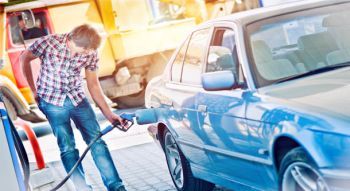 (WASHINGTON, December 22, 2014) The steady decline in gas prices this autumn is now longer than any period AAA has previously tracked. The national average price of gas has declined for 88 days in a row, which is the longest consecutive streak on record. Gas prices have fallen every day since September 25 to today’s average of $2.39, which is the lowest average price per gallon since May 2009. On Sunday, the decline in gas prices broke the previous record of 86 days set in 2008 during the height of the Great Recession.

The best news for consumers is that the decline in the price at the pump has accelerated during the previous week. The current week-over-week drop of 15 cents is the largest such decline in more than six years. Motorists are paying 43 cents less than one month ago and 85 cents less than one year ago to refuel their vehicles, which mark the largest declines for those spans since 2008 and 2009 respectively.

Comparatively low prices for retail gasoline are helping consumers to save more than $450 million per day on gasoline compared to the highs earlier this year, which likely is having a positive effect on holiday shopping and travel.  AAA estimates that 98.6 million Americans will travel 50 miles or more for the holiday season, which is the most on record. Barring any disruptions in domestic production or unexpected spikes in the global price of crude, consumers could see prices drop another 10-15 cents per gallon to ring in the New Year.

The average price at the pump is discounted in every state and Washington, D.C. on the week, month and year. Week-over-week consumers in 46 states and Washington, D.C. are enjoying double-digit savings, with the largest savings at the pump occurring in Montana (-27 cents), Michigan (-25 cents) and Indiana (-23 cents). A total of seven states are posting savings of 20 cents or more over this same period and, while they mark the least dramatic declines in the nation, even motorists in the Northeast, one of the nation’s most expensive regions, are benefiting from weekly savings of more than a nickel per gallon: Maryland (-10 cents), New York (-10 cents), Delaware (-10 cents) and Vermont (-9 cents).

Over the past two weeks, the average price has dropped by double-digits in every state and Washington, D.C. Drivers in 26 states are saving more than a quarter per gallon over this same period, with the largest discounts in Michigan (-45 cents), Montana (-45 cents) and Idaho (-44 cents). Month-over-month the average price is down by a quarter or more in every state and 15 states are registering savings of 50 cents or more per gallon. Consumers in Idaho (-69 cents) are saving the most per gallon, followed by the Midwestern states of Michigan (-67 cents), Indiana (-61 cents) and Iowa (-59 cents).

The most extreme discounts continue to be reflected in yearly price comparisons. Every state in the continental U.S. and Washington, D.C. is posting saving of at least 50 cents per gallon, and motorists in Ohio (-$1.07), Indiana (-$1.07), Michigan (-$1.04) and Kentucky (-$1.03) are saving more than one dollar per gallon. Motorists in Alaska (-43 cents) and Hawaii (-34 cents), the nation’s most expensive markets for retail gasoline, have also seen the price at the pump fall by more than 25 cents over this same period.

Abundant global supply and sluggish demand growth have helped push the global price of crude down by more than $50 per barrel since June. Although crude oil prices have seen dramatic price swings in recent years, this year’s plummet has been even more extreme and has triggered speculation surrounding the impact of sustained low prices for crude. Tumbling global prices have the potential to impact supply by slowing production in higher cost regions, which includes the United States. Additionally, a number of countries depend on oil income to balance their economies, and sustained low prices could lead to civil unrest as those governments struggle to deal with lower revenue streams.  At the close of formal trading on Friday, WTI closed down $2.14 per barrel at $57.81 on the NYMEX, the lowest settlement since May 2009.