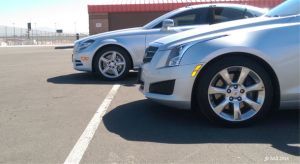 ORLANDO, Fla., (December 9, 2014) – AAA’s Automotive Engineering experts are confident new advanced driver assistance technologies like blind-spot monitoring and lane-departure warning systems have great potential to keep drivers safer, as long as motorists are aware of system limitations.  As part of AAA’s auto technology series, these two systems were recently evaluated. While the systems performed effectively in multiple situations, this evaluation uncovered scenarios where the systems failed to perform as expected. This included delayed warnings by the blind-spot monitoring technologies and lane-departure warning systems failing to track the lane under certain road conditions.

“With nearly three-quarters of 2014 vehicles offering blind-spot detection and 50 percent offering lane-departure warning as options, it’s key that consumers are educated on how to get the best benefit from these systems,” says John Nielsen, AAA’s managing director of Automotive Engineering. “AAA’s tests found that these systems are a great asset to drivers, but there is a learning curve.”

Test-track and on-road evaluations also highlighted system performance differences between test vehicles. “Some blind-spot monitoring systems we tested had a short detection range, which meant that a vehicle was already in the blind spot before the alert came on,” says Megan McKernan, Manager of Automotive Engineering at the Automobile Club of Southern California. “The lane-departure warning system on several vehicles experienced false-positive and miss-detections, which resulted in an inconsistent driver warning.  This can be annoying and could result in the driver disabling the system due to the false alerts.”

Pros and cons aside, motorists will encounter advanced driver assistance technology as automakers cascade these devices across vehicle lines. Being aware of these systems and understanding how they operate is a necessary step before driving the vehicle.

“As travelers head out for holiday visits, they may be renting a vehicle equipped with blind-spot monitoring or lane-departure warning systems,” says Nielsen. “It’s important to take the time to review these systems so that you’re prepared for alerts and warnings and understand the limits of the technology.”

In addition to AAA’s Automotive Engineering evaluation of these systems, the AAA Foundation for Traffic Safety has also provided an assessment of lane-departure warning systems, along with six other advanced technologies, in the August 2014 report Evaluating Technologies Relevant to the Enhancement of Driver Safety. Conducted by the Massachusetts Institute of Technology AgeLab, this study rates not only the potential for lane-departure systems to reduce crash fatalities but also rates how this advanced driver technology has actually performed based on the limited data currently available.  Motorists can review the AAA Foundation’s rating for new in-vehicle technologies, along with extensive informational material, at https://www.aaafoundation.org/ratings-vehicle-safety-technology.

Tweet
Published in Latest News From Bumper to Bumper Radio
More in this category: « Road Emergency Kit for Winter Driving: A Gift that Shows You Care Take the Pledge: Tie One On For Safety »
back to top