Expensive Milestone: Nearly Every State Above $4 per Gallon 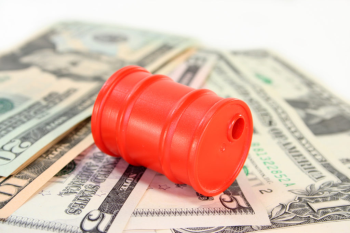 WASHINGTON, D.C. (May 16, 2022) — With the national average cost for regular gas steadily climbing, three states—Georgia, Kansas, and Oklahoma—are still holdouts for crossing the $4 per gallon mark. The national average for a gallon of gasoline is now $4.48. The increase is primarily due to the high cost of crude oil, which is hovering near $110 a barrel.

“The high cost of oil, the key ingredient in gasoline, is driving these high pump prices for consumers,” said Andrew Gross, AAA spokesperson. “Even the annual seasonal demand dip for gasoline during the lull between spring break and Memorial Day, which would normally help lower prices, is having no effect this year.”

Meanwhile, the switch to the more expensive summer blend of gasoline, which usually adds seven to ten cents per gallon depending on the market, is happening now. This switchover should be complete nationwide by early June. This summer blend switch is an annual event. It is unrelated to the Biden Administration’s announcement a few weeks ago to allow the higher ethanol E15 gas blend to remain on sale throughout the summer until September.

For those in the market for a new fuel-efficient ride in 2022, the latest online AAA Car Guide is now available. All category winners are electric or electric hybrid vehicles. The AAA Car Guide also contains detailed information about AAA’s recent research on current automotive technologies and topics, such as driver assistance systems, gasoline quality, headlight effectiveness, etc.

At the close of Friday’s formal trading session, WTI increased by $4.36 to settle at $110.49/bbl. At the beginning of last week, the price of crude oil decreased due to global market concern that crude demand will suffer as COVID lockdowns in China remain in place. However, crude prices reversed course at the end of the week over growing market worries that Ukrainian and European Union actions against Russian oil and natural gas companies could spark retaliation by Russia, which would lead to more market disruption and uncertainty. Crude prices could fall this week if demand concerns continue to weigh the market down. Additionally, EIA reported that domestic crude supply increased by 8.5 million bbl to 424.2 million bbl. The current level is approximately 12.5 percent lower than during the first week of May 2021.

Tweet
Published in Latest News From Bumper to Bumper Radio
More in this category: « TGK Automotive at the 2022 JDRF One Walk Arizona Highway Death Toll Messages Cause More Crashes »
back to top