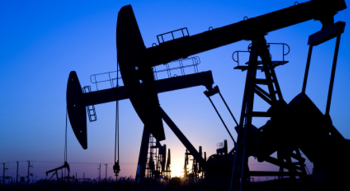 WASHINGTON, D.C. (April 25, 2022) — The recent dip in pump prices has reversed, with the national average for a gallon of regular gas rising four cents over the past week to $4.12. Upward pricing pressure on concerns that less Russian oil will enter the global market is countered by fears of a COVID-induced economic slowdown in China, the world’s leading oil consumer. These opposing forces are causing the oil price to hover around $100 a barrel.

“As long as the price of oil stays elevated, the price at the pump will struggle to fall,” said Andrew Gross, AAA spokesperson. “Consumers may be catching a little break from March’s record-high prices, but don’t expect any dramatic drops.”

At the close of Friday’s formal trading session, WTI decreased by $1.72 to settle at $102.07. Crude prices weakened at the end of the day due to demand concerns in Shanghai as fears of a demand-reducing slowdown in global economic activity loom. Crude prices declined despite EIA reporting that total domestic oil inventories decreased by 8.1 million barrels to 413.7 million barrels. This week, crude prices could see further reductions if demand concerns continue to drag the market down.

Tweet
Published in Latest News From Bumper to Bumper Radio
More in this category: « Gas Prices Are Skyrocketing! | Good Works Auto Repair | Channel 3 News TGK Automotive at the 2022 JDRF One Walk Arizona »
back to top