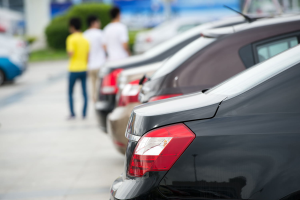 "CarGurus knows that research is the bedrock of a great car-buying experience and we hope that our third annual Best Used Car Awards help today's car shoppers in that process," said Matt Smith, Senior Editor at CarGurus. "These award-winning vehicles are popular, plentiful, well-reviewed and—based on our projections—should retain their value for years to come. For people shopping for a great used car, these vehicles are certainly worth considering."

The 2019 Best Used Car Awards recipients and finalists are:

Car shoppers interested in learning more about these award-winning vehicles can read their reviews on CarGurus.com, and those looking for great deals on these cars, or any others, can search the millions of car listings on CarGurus.com. CarGurus analyzes these listings every day and then ranks organic search results based on the best deal from top-rated dealers. Additionally, CarGurus.com shows shoppers essential, transparent information such as vehicle history, dealer reviews, days on market and vehicle price drops.

Best Used Car Awards Methodology
CarGurus Used Car Awards nominees were selected from late-model cars originally available for sale in the United States. Vehicle generations that include the 2015 model year were considered in their entirety when evaluating nominees. Nominees were evaluated on criteria including CarGurus user reviews, professional test drive reviews, popularity, availability, and CarGurus' projected 12-year value retention. The model with the highest overall score was determined to be the winner for each category.