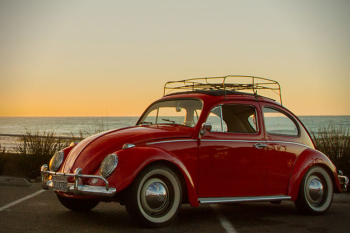 LOS ANGELES Nov. 6, 2018 -- On the heels of Volkswagen of America's (Volkswagen) announcement that it will cease production of the iconic Beetle in 2019, organizers of the Los Angeles Auto Show's (LA Auto Show®) AutoMobility LA™ today revealed that the popular brand will host its annual Motoring Invitational. This year's event, entitled "Beetles & Breakfast," will take place from 7:00 am - 8:00 am on Wednesday, Nov. 28, inside the Technology Pavilion located in front of the Los Angeles Convention Center.

Beetles & Breakfast welcomes media and industry professionals from around the world attending AutoMobility LA. The commemorative showcase, which will kick-off a packed day of vehicle unveilings, will have nearly 30 Beetles on display, including the 2019 Beetle Final Edition models. Registered attendees will also be able to enjoy complimentary food and entertainment. Volkswagen will display a number of heritage Beetles dating as far back as 1946, as well as the Americas Rallycross-winning Beetle racecar. Los Angeles-based Beetle owners have also been invited to join the festivities.

Additional vintage vehicles slated to participate in Beetles & Breakfast include, but are not limited to:

"We are pleased to be hosting Beetles & Breakfast at AutoMobility LA," said Derrick Hatami, Executive Vice President of Sales, Marketing and After Sales, Volkswagen of America. "This is a great opportunity to highlight the heritage of the Beetle brand and to introduce the 2019 Beetle Final Edition coupe and convertible to the media. Los Angeles is a perfect place to celebrate the Beetle thanks to the long and lasting relationship between Californians and the brand."

For nearly 70 years, the Beetle brand has been a mainstay for Volkswagen in the U.S. Over the lifespan of the Type 1 or Beetle, nearly 5 million were sold in the U.S. out of a worldwide total of 21.5 million. In 1998, the new Beetle reintroduced the familiar shape to a new generation of drivers and in 2011, the third-generation version went on sale in the U.S. as a 2012 model. Over its lifetime, the Beetle has been sold as a two-door coupe or two-door convertible. Volkswagen recently announced that production of the third-generation Beetle will end in 2019.

The brand will produce a limited number of Final Edition models, which are inspired by the 2003 Ultima Edicion. There will be two versions, the SE and SEL trims for the coupe and convertible, both of which will make their debut at Beetles & Breakfast during AutoMobility LA.

"To have Volkswagen choose AutoMobility LA for gathering some of the rarest Beetles around is significant," said Terri Toennies, Executive Vice President and General Manager of the LA Auto Show and AutoMobility LA. "Beetles & Breakfast is a fitting platform for Volkswagen to introduce its 2019 Final Edition models and start its farewell tour for one of the most beloved vehicles of our time."