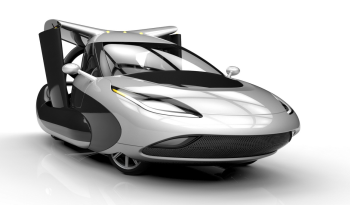 WOBURN, Mass., July 17, 2018 - Terrafugia, Inc. announced new features in the Transition® production vehicle, a two-seat auto and aircraft, including updates to the interior, safety systems, motor, and flight instrumentation. The latest features and systems will be incorporated and verified in the next test vehicles. The first production vehicles will come to market in 2019.

"Developing this new technology has allowed us to test several different mechanisms and generate process improvements along the way," said Terrafugia CEO Chris Jaran. "We are at the critical point where we can implement the best design features based on years of flight and drive testing. This will improve function, safety and aesthetics for the optimal flying and driving experience."

Each individual component is engineered with safety and quality as the objective behind each design decision. The Transition® improvements will include:

As a unique automotive vehicle and a light sport aircraft, the Transition® is built for both aviation and automotive safety to comply with FAA (Federal Aviation Administration) and NHTSA (National Highway and Traffic Safety Administration) standards. The new features will enable the Transition® to meet all the necessary requirements while optimizing the flight experience for both pilot and passenger.