On the Week, National Gas Price Average Holds Steady at Highest Price of the Year 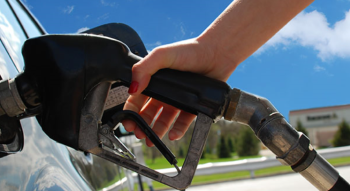 Gas prices have held at their highest price of the year – $2.66 – for one week. And motorists are seeing fluctuating prices at the pump from state to state with jumps as high as 12-cents in Utah and declines as much as 7-cents in Michigan since last Monday.

“Gas prices are only a penny away from topping the $2.67 high of 2017,” said Jeanette Casselano, AAA spokesperson. “The price is likely to increase as spring brings warmer weather and the switchover to summer blend gasoline, but hopefully we will only see mild jumps in coming weeks.”

Gas prices have edged higher this week following the Energy Information Administration’s (EIA) latest weekly report that showed gasoline inventories dropped by 1.1 million bbl. Additionally, demand for gasoline remains robust at 9.2 million b/d and is more in line with demand levels at the same time in 2017.

EIA reported that gasoline stocks in this region decreased by 600,000 bbl for the week ending on March 30 – the second consecutive weekly decline in stocks. However, when compared to this time last year, they were approximately 2.5 million bbl higher.

Gas price averages are volatile across the Great Lakes and Central states with a 31-cent disparity between the highest prices in Illinois ($2.70) to the cheapest in Missouri ($2.39).

Gasoline inventories dropped for a fourth week, lowering total inventories to 57.8 million bbl. This total is in-line with levels from a year ago.

New Mexico (+4 cents) saw the largest price increase among the South and Southeast states on the week while Florida (-3 cents) and Oklahoma (-2 cents) lead the region in price declines.

Gasoline stocks dropped 1 million bbl on the week. At 83.2 million bbl, total inventories sit at the lowest level since early February this year, but nearly 5 million bbl more than this time last year, according to EIA data.

On the week, gas prices in the region slightly increased with West Virginia (+4 cents) seeing the largest jump at the pump. Only Washington, D.C. (-1 cent) motorists are seeing a decline. Three states held their gas prices since last Monday: Virginia ($2.47), Connecticut ($2.74) and Massachusetts ($2.62).

Jumping 1 million bbl, gasoline inventories are at 57.4 million bbl, according to the latest EIA data. Despite carrying the third highest inventory of all the regions, the Mid-Atlantic and Northeast totals are 8.5 million bbl behind this time last year.

Utah (+12 cents), Idaho (+9 cents) and Wyoming (+3 cents) land on this week’s top 10 list with the largest increases in the country. Gas prices also inched higher in Montana (+1 cent). Colorado’s ($2.51) gas price average held steady since last Monday. With the latest increase, Utah ($2.81) has seen gas prices jump by a 26-cents inside of two weeks. However, at $2.89, Idaho is carrying the most expensive gas price average in the Rockies.

Gasoline inventory fell below the 8-million bbl mark for the first time since early February and is likely to follow historical trends and drop further into the spring and summer.

At the close of Friday’s formal trading session on the NYMEX, WTI decreased $1.48 to settle at $62.06. Oil prices slid backward amid fears of a trade war between the U.S. and China, as both countries issued trade threats to increase tariffs on key goods produced in each country. If the threats continue this week, the price of WTI will likely take a further hit alongside the equities market in the U.S.

This news follows EIA reporting that crude exports hit a record high of 15.2 million bbl for the week ending on March 30. The last record high occurred in October 2017. Another record high for domestic crude production of 10.5 million b/d last week contributed to the U.S. shipping more oil to other countries.

Additionally, Baker Hughes, Inc. reported that the U.S. gained 11 active oil rigs last week, raising the total number to 808. Increased U.S. crude output will likely put renewed focus on global crude supplies, as OPEC’s production reduction agreement with non-OPEC producers, including Russia, remains in effect. In fact, last week Russia’s Energy Minister Alexander Novak said that Moscow is considering cooperating with OPEC to curb global oil supplies indefinitely after the agreement expires at the end of the year. Since the agreement has been in place, OPEC and its partners have worked to reduce their combined output by 1.8 million b/d.