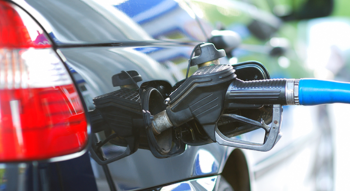 The national gas price average has increased for the sixth consecutive week, landing today’s national average at $2.61. That is 18 cents more expensive since prices started the upward trend in late-December and 3 cents more than last Monday.

“Every motorist in the country is paying more at the pump year-over-year. At 18 cents, Utah is seeing the smallest increase and California is feeling the biggest increase at 52 cents compared to the same time last year,” said Jeanette Casselano. “Strong demand coupled with steadily rising oil prices means filling up will continue to cost consumers more this month. In fact, the last time the national gas price average was this high, but under $3/gallon in February was in 2010.”

On the week, U.S. consumer gasoline demand hit 9 million b/d. In 2017, demand did not reach this mark until early March, according to the Energy Information Administration (EIA).

According to the EIA, gasoline stocks in the region dropped by the largest amount seen in the last 12 weeks – nearly 700,000 bbl. Inventories of gasoline sit at 33.9 million bbl, which is still 3.3 million bbl higher than last year’s level at the same time.

On the week, gas prices are less volatile than we have seen in the Great Lakes and Central region since the start of the year. While prices increased for most states, from 1 to 6 cents, a few states saw no change (Wisconsin) or a 1-cent decrease at the pump: Illinois and Missouri.

Gasoline inventory bumped up 875,000 bbl to push levels to 56 million bbl. The last time inventory was this high was April 2017, according to the EIA. For the first time in three weeks, regional refinery utilization rates increased to 92 percent. The week prior’s rate was the lowest since mid-November.

Florida (+6 cents) and New Mexico (+6 cents) land on this week’s top 10 states with the largest weekly increases. In fact, all states but Georgia (no change) saw price bumps at the pump. Still, prices in the South and Southeast remain among the cheapest in the country and under $2.43 for all states except: Florida ($2.61) and Georgia ($2.49).

With a 2.4 million bbl decline, gasoline inventories sit right at 81 million bbl. According to the EIA, January inventory levels have not been this low since 2015.

For another week, gasoline inventory continue to register at 63 million bbl and only saw a slight build of 98,000 bbl. Overall, the EIA reports inventory levels for the Mid-Atlantic and Northeast region have held at or above 61 million bbl since the beginning of the year.

In the Rockies, four states land on the top 10 list of the smallest month-over-month changes in gas prices compared to the rest of the country: Wyoming (+4 cents), Utah (+4 cents), Idaho (+3 cents) and Montana (+3 cents).

Gasoline inventories built for the first time since the beginning of the year. With the addition of 171,000 bbl, inventory levels push up to 7.8 million bbl in the region.

At the close of Friday’s formal trading session on the NYMEX, WTI decreased 35 cents to settle at $65.45. Last week’s losses, which were buoyed by a stronger dollar, may extend into this week after EIA’s latest weekly report revealed that crude inventories grew by an astonishing 6.8 million b/d.

The crude oil growth may give the market some pause as it assesses the long-term impact of OPEC’s production reduction agreement, which remains in effect through the end of 2018. Countries outside of the agreement, such as the U.S., have seen production grow as global demand has grown, enabling these countries to export more oil while OPEC and its allies reduce production.

In the U.S., crude production continues to grow. The latest Baker Hughes, Inc. report found the active oil rig count in the U.S. grew by six and now totals 765. The current total is 182 more rigs than last year’s count in early February.