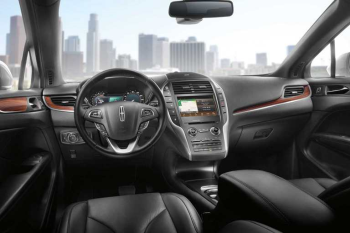 COSTA MESA, Calif., Sept. 13, 2017 -- While non-premium and premium vehicle owners are equally satisfied with the level of technology—and its ease of use—in their new vehicle, a degree of "lost value" still exists since most owners don't completely understand and use all available vehicle technology, according to the J.D. Power 2017 Tech Experience Index (TXI) Study,SM released today.

Overall owner satisfaction with new-vehicle technology among both premium and non-premium owners averages 750 (on a 1,000-point scale)

The study, now in its second year, measures drivers' experiences, usage, and interaction with 35 driver-centric vehicle technologies at 90 days of ownership. The study provides subscribers with an understanding of opportunities for minimizing the gap between driver experience and execution. The major technology categories analyzed in the study include entertainment and connectivity; comfort and convenience; driving assistance; collision protection; navigation; and smartphone mirroring.

Important factors in defining the user experience are understandability; usability; usefulness; and trust. "User experience is an influential differentiator in technology acceptance and in perceived automotive quality. While owners are excited by new vehicle technology, they are also often confused by it," said Kristin Kolodge, Executive Director of Driver Interaction & HMI Research at J.D. Power. "For owners, it doesn't matter if the technology is just difficult to use or if an actual failure occurs—it's all the same to them. In many instances, they envision the ideal user experience they want and are looking to the manufacturers to provide it."

Higher frequency of usage typically leads to higher satisfaction with a feature, and vice versa. However, this is affected by other aspects of the user experience, such as understandability, trust and usability. Satisfaction is very low among owners who tried a feature but no longer use it. These owners represent a captive audience who have paid for the feature but, through a poor experience, have decided not to continue using it. The most prominent reason given by owners for not using features is because they do not need them.

The highest rate of occurrence among owners who tried, but no longer use a feature is in-vehicle mobile router (10%). When these owners—along with those who have never used the feature—were asked why, 43% say they "did not need" the feature and 24% say they "did not want to incur further costs to use the technology." Both reasons equate to a lack of value for the feature as perceived by owners.

Following are additional key findings of the study:

Safety Technologies Continue to Generate Highest Satisfaction:
As in the 2016 study, the highest overall satisfaction this year is for collision protection systems, with an index score of 787.  In contrast, owners are least satisfied with their navigation system (714). Owners provide the highest ratings for helpfulness of blind spot warning and detection and ease of using back-up camera/warning system (8.61 and 8.56, respectively, on a 10-point scale).

Getting Back to Basics:
Interactions that owners are likely to use every time they drive, such as cluster information, HVAC, seats, phone and entertainment controls, are considered basics. Across the basic interactions, there is an average decline in overall satisfaction of 83 points among owners who experienced a difficult to use or understand (DTU) issue vs. those who did not.

Dealers are Important for Technology Acceptance:
For every technology measured in the study, satisfaction is higher when owners learn to operate that technology from their dealer, as opposed to a non-dealer source. However, the time owners are willing to spend at the dealer for delivery is limited—sales satisfaction generally begins to decline after 25 minutes,1 indicating that dealers have to prioritize their time with what technologies they explain and demonstrate to new owners. Consequently, this puts the onus back on the manufacturers to design technologies that are intuitive for owners to understand and use.

Owners Know What They Want:
Owners have a vision of how they'd ideally want a specific vehicle technology to operate. For example, in the instance of factory-installed navigation systems, 68% of owners prefer to have a favorite or frequently entered address listed first vs. a most recently entered address. In an instance like this, adding an option for customization or personalization may be appropriate to satisfy the majority.

The 2017 Tech Experience Index (TXI) Study is based on a survey of more than 19,500 vehicle owners and lessees. Awards are based solely on responses from the 14,900 owners who purchased or leased a new 2017 model-year vehicle in the previous 90 days that is an all-new or redesigned model within in the past three years.2 The study was fielded from February through July 2017.

Tweet
Published in Latest News From Bumper to Bumper Radio
More in this category: « Shell in Collaboration with Honda and Toyota to Bring Seven New Hydrogen Refueling Stations 10 Best New-Car Deals For September 2017 »
back to top