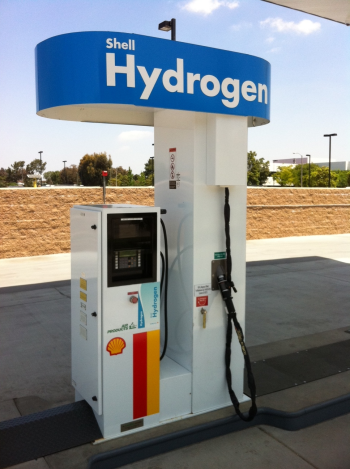 The hydrogen refueling stations will be built in collaboration with Honda and Toyota, who will provide financial support, at seven Shell-branded retail stations across Northern California; three in the city of San Francisco, and one in each of Berkeley, Sacramento, Citrus Heights and Walnut Creek.

The Energy Commission awarded the grant through its Alternative and Renewable Fuel and Vehicle Technology Program (ARFVTP), which invests up to $100 million every year to support innovations in transportation and fuel technologies that help California meet its energy, clean air, and climate change goals.

"We are grateful to the California Energy Commission for grant funding that will enable customers to choose hydrogen fuel alongside gasoline and diesel. We will apply our worldwide experience of more than 100 years in marketing transportation fuels to the success of these hydrogen refueling stations. We are also grateful for the contributions of Honda, Toyota, and Anglo American Platinum to these seven stations," stated Oliver Bishop, Hydrogen General Manager for Shell Exploration and Production Company. "A range of different fuels and vehicle technologies will be needed to meet transport needs in a low carbon energy future. Hydrogen fuel cell vehicles are one of these solutions."

"Toyota and Shell have a long-standing relationship in support of hydrogen infrastructure development, dating back to the 2009 opening of Shell's only dedicated hydrogen refueling station at our facility in Torrance, California," said Craig Scott, Advanced Technology Vehicle Senior Manager, Toyota Motor North America."Toyota is excited to work with such a forward-thinking energy company as we transition to a cleaner, hydrogen future."

Honda Commitment to the Environment

Based on its vision of "Blue Skies for our Children," Honda is working to advance technologies that address society's environmental and energy concerns. Honda is targeting a 50 percent reduction in its total company CO2 emissions on a global basis by 2050, compared to 2000 levels. The company also is striving to realize significant growth in sales of electrified vehicles, which includes the introduction of the Honda Clarity series of vehicles, beginning with the hydrogen-powered Clarity Fuel Cell vehicle, launched in 2016, followed by a new Clarity Electric and Clarity Plug-In Hybrid in 2017.

Honda also is endeavoring to reduce the environmental impact of its products throughout their life cycles, including the reduction of energy use and emissions from its production, distribution and sales. This includes the Honda Environmental Leadership Award Program, through which more than 150 U.S. Honda and Acura dealers have reduced CO2 emissions by more than 34,000 metric tons.

Toyota (NYSE: TM), creator of the Prius hybrid and the Mirai fuel cell vehicle, is committed to building vehicles for the way people live through the Toyota and Lexus brands. Over the past 60 years, Toyota has built more than 30 million cars and trucks in North America, where it operates 14 manufacturing plants and directly employ more than 44,000 people.  Toyota's 1,800 North American dealerships sold nearly 2.6 million cars and trucks in 2016 – and about 85 percent of all Toyota vehicles sold over the past 15 years are still on the road today.

As one of the world's largest automakers, Toyota is in a unique position to shape the future of mobility. That's why in 2015, Toyota announced the global Environmental Challenge 2050, an ambitious set of six challenges to ultimately create a net positive impact on the planet. The six challenges address four complex environmental issues facing communities around the world: carbon, water availability/quality, material usage/recyclability, and biopersity.