After Weeks of Declines, Pump Prices Rise Ahead of Memorial Day Weekend 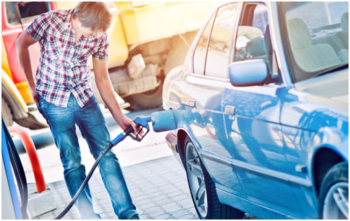 Heading into Memorial Day weekend, gas prices are increasing for the first time in four weeks. Today’s national average is $2.36/gallon – two cents more than a week ago, six cents less than a month ago, but eight cents more than a year ago. The increases are likely the result of rising demand and crude oil prices. At least 36 states saw price increases on the week, with national gasoline inventories dropping by 400,000 bbl to 240.7 million.

AAA projects that more than 34 million Americans are planning to take a road trip this Memorial Day weekend– which is 800,000 more drivers than last year. The rise in road travel could pressure pump prices to continue to increase into the summer months, potentially returning to the higher national averages seen in April.

Rockies
Drivers in Idaho ($2.54) are paying the highest gas prices in the region and +18 cents more than the national average. It is not uncommon for prices in the Rockies to surpass the national average. According to the latest EIA report, the Rockies lead the nation for low demand and gasoline stocks are down to 7.7 million bbl, the lowest in the country.
Since January, all states in the Rockies have seen gas prices rising steadily. Utah has seen the biggest fluctuation in price. On its most expensive day in April, gas prices were +31 cents higher than the cheapest price posted on January 1, 2017.

Great Lakes and Central States
Ohio (+10 cents), Michigan (+9 cents), Indiana (+6 cents) and Wisconsin (+3 cents) all top the list of largest weekly increases. The increases are in-line with growing national demand and the region’s drop in gasoline inventory. Great Lakes and Central States inventories dropped by 1.5 million bbl, the biggest draws in the country. The region is sitting on 53.5 million bbl of stock, which is about 700,000 bbl higher than a year ago.

The Gulf Coast saw the largest build on gasoline inventories in the country, 1.1 million bbl, pushing stocks just above the 80 million bbl mark. Despite the increase in stocks, a few states experienced jumps in gas prices at the pump on the week up to +3 cents: South Carolina, Oklahoma and Kentucky. Even with the build, this part of the region holds a year-on-year deficit of just under 3 million bbl.

Compared to the previous week’s gain of 2.6 million bbl, this week’s addition of only 400,000 bbl likely impacted the wide range in gasoline price changes (+4 cents to -1 cents) in the region. With this week’s growth, the region’s stocks are the second highest in the country at just above the 70 million bbl threshold, but not above the all-time high of 76 million bbl in mid-February.
Pennsylvania ($2.57), Washington, D.C. ($2.54), Connecticut ($2.50) and New York ($2.50) continue to lead the region with the highest gas prices.

Oil Market Dynamics
After a strong finish to last week’s trading, crude made strong gains on Monday morning and stayed above $50/bbl. The jump is due to a weaker dollar and comes ahead of OPEC’s meeting on Thursday in Austria to discuss extending the already agreed upon production cuts through the remainder of the year – and possibly through the first quarter of 2018. In fact, OPEC is seeking to include additional countries in the agreement to deepen its impact on the global market, as Iran and smaller export nations examine potential cuts.

Only time will tell if OPEC’s actions will curtail growing inventories, especially as the U.S. continues to benefit from historic rates of exploration. Last week, according to Baker Hughes, Inc., oil rigs in the US are up 8 to 720. Unprecedented growth in the exploration sector will continue to put new oil in the production pipeline for refineries. If gas prices continue to increase, refiners will capitalize on the potential to expand profit margins and continue producing record amounts of gasoline. With Memorial Day around the corner, these dynamics and growing demand could lead to higher prices at the pump for road travelers.