U.S. DOT Urges Public to ‘Drive Sober or Get Pulled Over’ 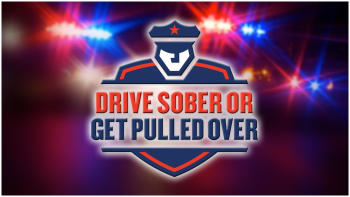 The U.S. Department of Transportation’s National Highway Traffic Safety Administration is pulling out all of the stops to deter motorists from driving drunk this holiday season. To spread this urgent safety message, NHTSA is kicking-off its annual Drive Sober or Get Pulled Over campaign and is working to end drunk driving on U.S. roads altogether through innovative technology called the Driver Alcohol Detection System for Safety (DADSS).

“Each year, too many lives are lost to drunk driving, particularly around the holiday season. Now we have an opportunity to prevent future drunk driving tragedies by taking action today,” said U.S. Department of Transportation Secretary Anthony Foxx.  “We want everyone to be safe this holiday season, which is why we’re urging the public to make the right choice, follow the law and drive sober.”

Through January 1, Drive Sober or Get Pulled Over advertisements will appear nationwide and law enforcement agencies across the country will be on patrol to protect the public from drunk drivers.  As part of this year’s campaign,  NHTSA added a new virtual experience called Last Call 360 that the public can experience using a mobile phone or computer.  The experience creates a virtual bar scene through an interactive 360º video website that uses photospheres, cinemagraphs, videos, and gaming. Visitors are able to interact with virtual bar patrons, play games, watch videos, order virtual alcoholic drinks and, most importantly, discover the consequences of drinking and driving.

“Drunk driving crashes are no accident – they are 100 percent preventable.  They all connect back to human choices and errors, but we’re not stopping there,” said NHTSA Administrator Dr. Mark Rosekind.  “With the help of our safety partners we’re looking at a technological path forward to create a world where there is no more drunk driving.”With 10,265 drunk driving deaths each year, today Federal and Virginia state officials announced a $5.1 million funding to help further develop and deploy DADSS, technology that could eliminate drunk driving.

DADSS, a public-private partnership between the government and the world’s leading automakers, continues to develop safety technology to help passively detect a driver’s blood alcohol concentration (BAC) and prevent drivers from starting a vehicle if they are at or above the .08 legal BAC limit in all 50 states.

At the press conference, Christine Alexander shared her story for the first time on a national stage about how an evening out with her boyfriend turned tragic because of the decisions she made throughout the evening. Those decisions ultimately led to her getting behind the wheel with a blood alcohol concentration level of 0.14 (almost twice the legal limit) and crashing her vehicle into her boyfriend on his motorcycle. He did not survive.

Americans can reduce the toll of drunk driving by never drinking and driving, and always planning a safe ride home by designating a sober driver or using NHTSA’s SaferRide app to call a taxi or a friend to be picked up. The app is available for Android devices on Google Play, and Apple devices on the iTunes store.

Other sobering facts about drunk driving:

Tweet
Published in Latest News From Bumper to Bumper Radio
More in this category: « NHTSA Proposes Rule to Advance Vehicle-to-Vehicle Communications Safe Driving in Wintry Conditions »
back to top