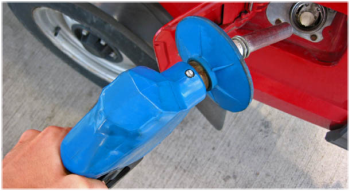 The national average price of regular unleaded gasoline has increased for seven consecutive days, reaching today’s price of $2.18 per gallon. Today’s average price represents an increase of five cents per gallon compared to one week ago, four cents less than one month ago and 14 cents more than the same date last year.

The Organization of Petroleum Exporting Countries (OPEC) elected to cut its collective production when the group met last Wednesday in Vienna, Austria, in an effort to rebalance the global oil supply and raise prices. Markets reacted quickly to the production agreement with crude oil gaining 12% and leading to increased retail prices. The deal is set to take effect in January 2017.
Traditionally this time of year gives way to lower gas prices as a result of cheaper to produce winter-blend fuel and less demand. However, due to the agreement from OPEC it is still unclear if prices will retreat considerably ahead of the upcoming holidays.

West Coast
States in the region continue to post some of the nation’s highest averages at the pump: Hawaii ($2.85), California ($2.67), Washington ($2.59), Alaska ($2.59) and Oregon ($2.40). Despite high prices, the region is one of the only markets in the country that saw prices drop on the week despite a rise in oil futures following the OPEC announcement last Wednesday. Drivers in Oregon, Washington, Alaska, Hawaii, California and Colorado all saw prices drop by a penny or more.

Rockies
The Rockies are the only other region to see drops this week. Drivers in Utah, Nevada, Wyoming and Montana saw similar discounts as drivers on the West Coast. Prices will potentially more likely move lower heading into the holiday season as demand continues to drop in the region.

Midwest and Central States
Drivers in Ohio (+14 cents), Michigan (+12 cents), Indiana (+11 cents), Illinois (+10 cents) and Missouri (+8 cents) have seen prices jump more than a nickel per gallon on the week, landing all five states on the country’s top-10 list of largest weekly increases. That is despite adequate supply in the region which is likely to get a boost this week. OPIS reports that BP’s 430,000-b/d Whiting refinery in Indiana has completed planned maintenance work and should now be producing at full production rates. A lack of refinery issues in the region has created ample supply which should help pressure pump prices back down in the coming weeks.

Oil Market Dynamics
Following last week’s announcement of OPEC’s production agreement, markets continued to react to the news as oil sold for more than $50 a barrel. This agreement aims to rebalance an oversupplied market and calls for a production cut of 1.2 million barrels per day by the cartel. The organization and non-OPEC members such as Russia are set to meet again in Vienna on December 10 to focus on additional production limits. Russia stated last week that it would participate, but they have failed to follow through on similar agreements in the past. As a result, traders will continue to watch how OPEC members move forward with the terms of the agreement and will keep an eye on Russia and other non-OPEC countries for indications of additional cuts in output. At the close of Friday’s formal trading session on the NYMEX, WTI was up 62 cents to settle at $51.68 per barrel.