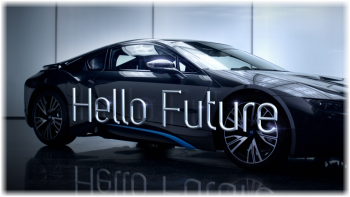 SANTA MONICA, Calif., Aug. 25, 2016  -- The significant investments BMW and Chevrolet made to advertise during the 2016 Summer Olympic games seem to have paid off, according to new data from Edmunds.com. Consumer interest in BMW vehicles on Edmunds was up 12 percent during the first week of the Summer Games, and rose seven percent the second week. Chevrolet saw a six percent lift in interest on the site during the first week of the Olympics, and a two percent increase the second week. To calculate consumer interest, Edmunds' team of experts first established a baseline by analyzing four weeks of pre-Olympics traffic data to find the average number of unique visitors to each brand's make and model pages. They then looked for lifts in traffic to those pages on a weekly basis during the Games and compared them against that baseline.

"We often see advertising drive immediate traffic lifts during one-day pop culture events, like major sporting events or awards shows, but the Olympics are unique in that audiences come in and out over a two-week period of time," said Edmunds' Executive Director of Industry Insights, Jessica Caldwell. "While we did see shopper interest start to wane as the Games went on, it's notable that both BMW and Chevrolet were able to catch consumer attention on a fairly consistent basis."

Both automakers started the Games off strong; the biggest traffic lifts on Edmunds for BMW occurred on the opening day of the Games on August 7, and during the first weekend, and Chevrolet saw its biggest gains on August 8-10. From a product perspective, BMW's ads promoting its iPerformance models succeeded in driving interest in an existing electrified vehicle - the i3 - which rose 83 percent the first week and 56 percent the second week. During the first week of the Games, Chevrolet's ads successfully grew shopper interest in the Malibu (up 18 percent), Camaro (up 12 percent) and Equinox (up six percent). Traffic growth slowed during the second week, but interest in the Malibu was still up by 12 percent over the baseline period, while interest in the Camaro was seven percent higher than the baseline period. Interest in Equinox during the second week was flat.

Even though several other automakers ran ads during the Games and conducted various other promotions around the event, BMW and Chevrolet were the only ones who enjoyed an immediate payoff on Edmunds.

"While it's impressive that BMW and Chevrolet were able to immediately capture car shopper's attention, it doesn't mean that the efforts of the other manufacturers were in vain," Caldwell said. "Buying a car requires a significant amount of time and research, and simply exposing a brand to an audience who might not be familiar with it could certainly pay off in the long run."