Five Signs Your Car Battery Is Dead (or About To Die) 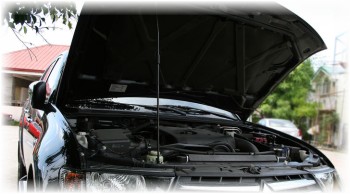 Your vehicle’s battery is like its heart; without that battery, your vehicle wouldn't have the power to start moving or do anything else. So it's important to understand at least a little bit about your battery, and to know the most common signs of a battery that needs to be replaced.

The typical battery, in vehicles made in 1952 and later, is a “wet-cell” battery, a plastic cube containing sulfuric acid and lead, with two terminals coming out of the top or the side. This short guide should be reliable unless you have an aftermarket battery with special needs, such as a dry cell battery, or a hybrid like a Prius.

Here’s some general wisdom about your average battery.

My Message: Check Out the Battery

In my years as a mechanic, one thing I have learned is that an old battery or loose battery cables can cause really big problems that make it appear that something complicated is wrong with your vehicle. Even experienced mechanics and DIY'ers are sometimes stumped by a simple problem with a battery past its prime, until they realize they've ruled out all other potential problems (and then some!). That's one of those "d’oh!" moments, when you realize you could have saved yourself an hour of diagnostic and repair time, just by checking the battery and its cables.

If your engine cranks or turns over when you turn the key, but it won't start, I say the most likely culprit is your battery. It might be your starter, it might be something else, but 94% of the time, it's really your battery, even if the car is cranking fairly vigorously. Even if an ammeter (current-measuring device) says the battery is good, it can still be a few volts shy of what your vehicle needs to run efficiently.

When you find yourself with a car that won't crank hard enough to start, you'll want to use jumper cables or a jump-starter box to get your vehicle running again.

Once your car is running again, disconnect the cable, then let your car run for 30 minutes so that your alternator can charge up your battery again.

After that half-hour, when you are stopped at home or in a safe place, do a little test. After you turn the engine off, wait at least a minute, then start it again. Wait another minute and start it another time or two, to make sure that you won't be stranded with a dead battery at the gas station or wherever you go next.

Now, at this point, most batteries will have have charged themselves up from the running of the alternator and be fine for a day or two. Do NOT take that time for granted. Use it to hunt down a new battery and replace the old one BEFORE you end up stuck in the middle of nowhere.

This situation is pretty straightforward to diagnose; it’s an even stronger indication that your battery is at fault. Your battery powers all the accessories and lights in your car, especially when the alternator is not running. So if your car just seems to be completely void of all signs of life, then your battery is the first thing you should be looking at.

And be aware that in this situation, where your vehicle doesn't even have the juice to work the lights or turn over the engine, it could be a combination problem involving your alternator was well as your battery.

If the car won’t crank or start but the headlights do work, that may indicate some more interesting problem, maybe the starter or a mechanical problem in the engine.

Sign 3: One Day It Starts Fine, the Next Day It Won't

If starting is an intermittent problem for you, it's a sign that either 1) your battery terminals are loose, broken, corroded, or calcified or 2) you have a parasitic draw (your power is being drained by some gizmo that's on when it's supposed to be off, or by some wire that’s touching something it shouldn’t).

Check out the battery cables first, as they are usually the prime suspect and are easier to check yourself.

Make sure the cables fit firmly and securely on the battery posts. There should be zero play in them; you shouldn't be able to wiggle them even an inch when they are tight. Also make sure that the cables going to the terminals are not frayed or falling apart; if they are, replace them as soon as possible.

Parasitic draws from sources other than the battery cables are fairly common. Suspect a parasitic draw if the car starts right up if you drive it several days in a row, but then fails to start if you let it sit for a day. To investigate parasitic draw issues, see your favorite mechanic, or look at the last section of this article, and get ready to have fun with an ammeter or voltmeter, as these are the tools you'll need to check your alternator, accessory lights, fuses, radio, alarm, and all other components that might be draining your battery in secret.

If you look at your battery, somewhere on it you should find a label stating a number for "Cold Cranking Amps.” Those amps are responsible for giving your engine enough energy to get started the first time of the day, generally referred to as "cold cranking.”

Thus it’s not surprising that an early sign that your battery is running out of life—a sign most people miss—is that you are regularly putting extra energy into starting the vehicle. You know what I'm talking about. You get in your car, you tap the gas pedal, you turn the key a few times, and all you get for the first few minutes is lots of weak rotations of the engine. After you’ve all but decided the car is going to make you late for work, it suddenly starts up and sustains an idle.

Now, what I mean by "regularly" is having to do this more than three times per week. That would be a sign that your battery is giving notice and getting ready to retire.

But keep in mind that if it’s really cold out, it’s fairly normal for your vehicle to hang back and start only with difficulty. Not only is gas hard to vaporize and oil gooey when it’s cold, but batteries put out only half their normal power when the temperature is 0o F (and only a third of their power when it's 32o F). So in the cold you may have to be patient. But if your car doesn’t go back to a reliable “cold” crank when the weather warms up, you’ll want to get a new battery within the next three months.

One more possibility worth noting is that your battery was never big enough for your vehicle in the first place. Even a well-seasoned mechanic has gotten the wrong battery for a specific vehicle, causing a wild-goose-chase investigation of a mysterious starting problem. Make sure you look up your car online, or ask in an auto parts store, to find out what level of Cold Cranking Amps (CCA) and voltage your car needs to start and run properly.

I have a simple hard-and-fast rule that I follow when it comes to having to jump your battery. No matter what reason you had to jump the battery—the battery was old, or maybe the starter, fuel pump, or alternator were bad, or maybe you left your headlights on or your door ajar all night, or you ran out of gas—the rule is this:

If you have to jump your vehicle more than three times in a single week, it's time to replace your battery.

You would be surprised, but even a fairly new battery can turn into a dud really quickly if it has been jumped more than three times in a week. Using a jump box or jumper cables is hard on your battery. They work by figuratively "shocking" your battery.

Now, you might think I'm crazy about replacing the battery after such a low jump count, but hear me out. One of the most common things I see happening in relation to vehicle battery problems, is that the driver or mechanic will assume that because the battery wasn't old, or wasn't the specific culprit for the battery draining itself, they don’t need to expend time or money getting a new battery. Then, when they try this and that to diagnose the problem, they keep jumping the battery until finally the alternator and starter go bad, leaving you with a need for an new alternator, starter, AND battery.

Save yourself the headache and just replace the battery if you've had to jump the battery more than three times in a week. You won't regret it.

Tweet
Published in Latest News From Bumper to Bumper Radio
More in this category: « 5 Signs That Your Sparkplugs Need to Be Replaced 5 Arizona Road Trips Worth Taking »
back to top