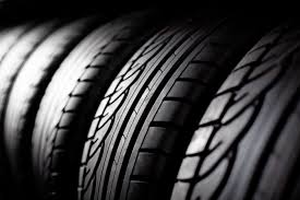 LONDON, March 23, 2016 /PRNewswire/ -- Worldwide demand for tires is projected to increase 4.1 percent per year to 3.0 billion units in 2019. In value terms, sales of tires are forecast to grow 7.1 percent per annum to $258 billion. Increasing incomes in developing regions will spur growth in the number of vehicles in use, fueling demand for tires. Higher income levels and expanding economic activity will also contribute to increases in average annual vehicle mileage, boosting the frequency of tire replacement. However, growth will be constrained somewhat by rising tire quality, which will exert downward pressure on replacement rates.

The motor vehicle market will remain the largest outlet for tire demand, accounting for over half of the total in 2019. Demand for tires in this market will rise to 2.0 billion units, at an annual rate that will trail the global average. Western Europe and North America are particularly significant in the motor vehicle market, representing 40 percent of demand in this market compared to 10 percent in other markets. This is a reflection of the wealth of these regions, which support high levels of motor vehicle ownership and consequently sizable replacement tire demand. Demand for tires in motorcycle and other applications is projected to outpace the global average and reach 990 million units in 2019. Tire sales in this market are concentrated in fast growing developing regions, where motorcycles see heavy use as a low-cost substitute for motor vehicles. Sales of tires in other applications, such as aircraft, tractors, and industrial vehicles, will also grow at a healthy pace as manufacturing and usage of these vehicles increase.

The Asia/Pacific region holds the largest share of the world tire market and is forecast to post the fastest growth in demand through 2019. China, which accounted for one-fourth of global tire demand in 2014, will remain one of the most rapidly increasing national markets for tires. Several other countries in the Asia/Pacific region are also projected to achieve rapid advances in tire demand, particularly in India, Indonesia, Thailand, and Vietnam. However, the regional pace of growth will be constrained by a contraction in Japan, which holds the world's fourth largest market for tires. The developing Africa/Mideast region and Central and South America will also register above average gains in tire sales, although both of these regions will remain below six percent of the global total in 2019.