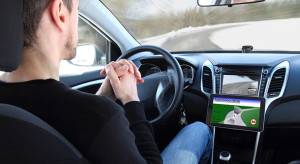 Despite fear, AAA survey reveals that experience with vehicle technology leads to trust

ORLANDO, Fla. (March 1, 2016) – Three out of four U.S. drivers report feeling  “afraid” to ride in a self-driving car, according to a new survey from AAA. With today’s heightened focus on autonomous vehicles, this fear poses a potential concern to the automotive industry as consumers may be reluctant to fully embrace the self-driving car. Despite this significant fear, AAA also found that drivers who own vehicles equipped with semi-autonomous features are, on average, 75 percent more likely to trust the technology than those that do not own it, suggesting that gradual experience with these advanced features can ease consumer fears.

“With the rapid advancement towards autonomous vehicles, American drivers may be hesitant to give up full control,” said John Nielsen, AAA’s managing director of Automotive Engineering and Repair. “What Americans may not realize is that the building blocks towards self-driving cars are already in today’s vehicles and the technology is constantly improving and well-trusted by those who have experienced it.”

While only one-in-five Americans say they would trust an autonomous vehicle to drive itself, AAA’s survey revealed that consumer demand for semi-autonomous vehicle technology is high. Nearly two-thirds (61 percent) of American drivers report wanting at least one of the following technologies on their next vehicle: automatic emergency braking, adaptive cruise control, self-parking technology or lane-keeping assist.

Among drivers who want these features on their next vehicle, AAA found their primary motivation to be safety (84 percent), followed by convenience (64 percent), reducing stress (46 percent) and wanting the latest technology (30 percent).

AAA’s survey also offered insights into why many Americans shy away from advanced vehicle technology.  Among those who do not want semi-autonomous features on their next vehicle, drivers cite trusting their driving skills more than the technology (84 percent), feeling the technology is too new and unproven (60 percent), not wanting to pay extra for it (57 percent), not knowing enough about the technology (50 percent) and finding it annoying (45 percent) as the top reasons.

“While six-in-10 drivers want semi-autonomous technology in their next vehicle, there are still 40 percent of Americans that are either undecided or reluctant to purchase these features,” continued Nielsen. “It’s clear that education is the key to addressing consumer hesitation towards these features and AAA’s on-going effort to evaluate vehicle technologies, highlighting both the benefits and limitations, is designed to help drivers make informed choices.”

Tweet
Published in Latest News From Bumper to Bumper Radio
More in this category: « 87 Percent of Drivers Engage in Unsafe Behaviors While Behind the Wheel NHTSA 2015: Advacing Safety on America's Roads »
back to top