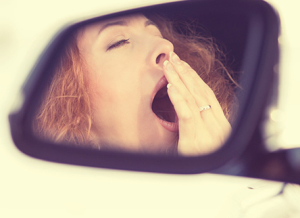 WASHINGTON, D.C. (Feb. 25, 2016) – About 87 percent of drivers engaged in at least one risky behavior while behind the wheel within the past month, according to latest research by the AAA Foundation for Traffic Safety. These unsafe behaviors include driving while distracted, impaired, drowsy, speeding, running red lights or not wearing a seat belt. These disturbing results come as nearly 33,000 Americans died in car crashes in 2014, and preliminary estimates project a nine percent increase in deaths for 2015.

“There is a culture of indifference for far too many drivers when it comes to road safety,” said Peter Kissinger, President and CEO of the AAA Foundation for Traffic Safety. “The vast majority of motorists believe they are more careful than others on the road, though most of them are not making safe decisions while behind the wheel. We’re asking every driver to make responsible decisions to make the roads safer for everyone.”

The report finds that 1 in 3 drivers have had a friend or relative seriously injured or killed in a crash, and 1 in 5 have been involved in a crash that was serious enough for someone to go to the hospital. Common unsafe behaviors include:

The new survey results are part of the AAA Foundation’s annual Traffic Safety Culture Index, which identifies attitudes and behaviors related to driver safety. The survey data are from a sample of 2,442 licensed drivers ages 16 and older who reported driving in the past 30 days. The AAA Foundation issued its first Traffic Safety Culture Index in 2008, and the latest report is online at www.AAAFoundation.org.

Tweet
Published in Latest News From Bumper to Bumper Radio
More in this category: « Pothole Damage and Prevention with Lauren Fix, The Car Coach Three-Quarters of Americans “Afraid” to Ride in a Self-Driving Vehicle »
back to top